Is it really important for you to sleep with your celebrity crush, knowing that if they’re willing to sleep with you, they’ve probably had hundreds of people before you? Maybe it’s just me, but being that stupid should come with some sort of consequence. You don’t just go around having sex with people willy nilly and not expect something bad to happen. That’s just not how the world works.

That being said, if these allegations are true and Usher did give these women (and one man) herpes because he refused to disclose his positive status, then he is a dirtbag who deserves every legal repercussion that is coming to him. You don’t get to spread diseases like that and not have one or all of your victims speak up. 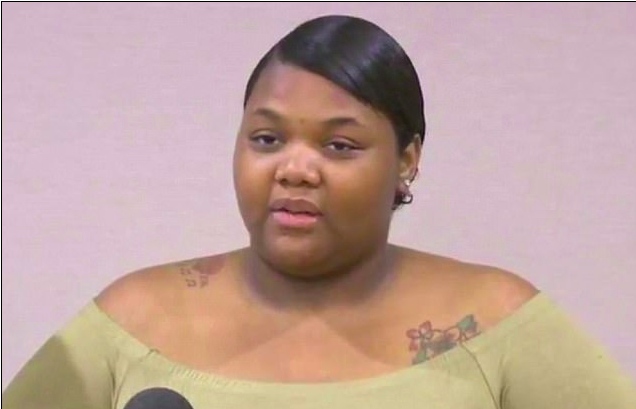 Quantasia Sharpton, pictured above, claims that she slept with Usher on her 19th birthday after attending one of his concerts. Now, at the age of 21, she is filing a lawsuit along with another woman and a man, which claims that the singer did not disclose that he had herpes before having sex with them, which is a crime in the state of California.

If her story is to be believed, Sharpton was selected from the crowd to go backstage after the show. Later, a bouncer asked for her number because “Usher was interested” in her. Back in her hotel room, Sharpton claims she received a call from a blocked number. She says it was Usher, who wanted to know what hotel she was staying at and what her room number was. After telling him, he showed up and they had “sexual contact.” Afterward, he left and she never heard another word from him.

Sharpton also claims that while she did not ACTUALLY receive the virus from the singer, she feels as if he should have told her that he had herpes and is suing him because she believes her “rights were violated.”

Do you think that this case will go anywhere?