Liberals were up in arms when Pastor Joel Osteen didn’t immediately open his megachurch to the masses in the wake of Hurricane Harvey. They blamed an entire religion for the actions of Osteen, which they didn’t understand until he was finally forced to speak on the matter.

They don’t care that there was flooding and potential structural damage, they expected him do to what they say, when they say it and taking even a microsecond longer means that you don’t care and all Christians are bad.

If there’s anyone on the planet who can sympathize with what Osteen is experiencing at the hands of armchair activists, it is Trump. The President was attacked by CNN for not doing things according to their timetable, despite the fact that he is literally running the free world. 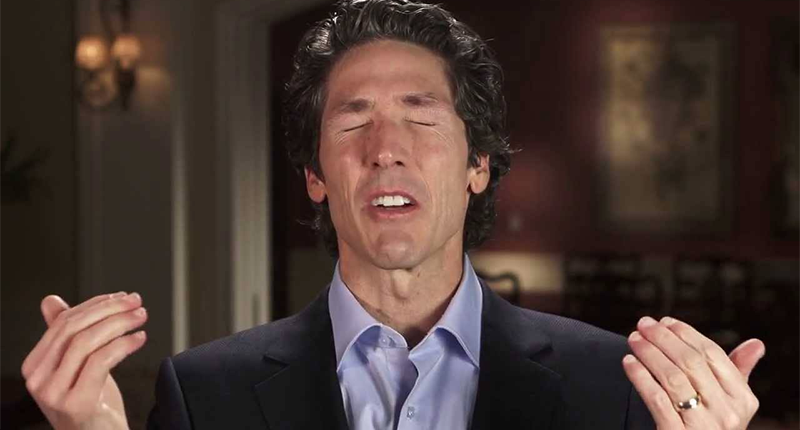 Many celebrities, politicians and businesses have stepped into donate large sums of money to the relief efforts following the devastation of Hurricane Harvey.

Now Christian gospel songwriter, actor and producer Tyler Perry is donating $1M for the efforts, but he’s giving $250,000 of it to the one place that liberals can’t stand: Joel Osteen’s church[2]. Perry came to Osteen’s defense regarding the debacle about him not immediately opening his doors to those displaced by Harvey and considers himself to be a good friend of the Osteen family. This is why a large portion of his donation is going to help them keep everything open.

He is donating another $250,000 to Beyonce’s church and has not yet announced where the remaining half million will go. Like most people who are donating, he is being extremely picky with who receives his money. He wants to make sure that most of it makes its way to the people who need the help and isn’t being pocketed by some selfish “charity.”

He posted a video regarding his donation on Facebook, where he further explained the reasoning behind his donations.

Watch that video below:

It’s nice to see celebrities who make outrageous sums of money donating it to average Joes who need it now more than any other time in their life.

Even more wonderful is seeing Christians standing up for others in their religion who are receiving negative press by a media machine dedicated to tearing down anyone they deem unworthy of national praise.

In a time where unity is more important than ever, we are seeing needless division created by those who thrive on hatred, discord and chaos. We need to fight them with every tool we have and none is more powerful than love. Refuse to allow them to separate us and we become unstoppable as a population. Let’s hold each other up instead of tearing each other down.