Celine Dion has always been devoted[1] to the love of her life, Rene Angelil. He has been battling throat cancer a long time and Dion has left performing before to spend time with him. They have been married for 21 years and have three boys, ages 14 and twins who are 4. As I understand it, Renee’s prognosis is terminal, but the doctors do not know just how long he has. Celine, who has been performing at Caesar’s Palace in Vegas, will take the holidays to spend with her beloved Renee. They have a home near Vegas, so that will help. I pray for a miracle for Renee and that he will recover and have many years with his wife and sons. 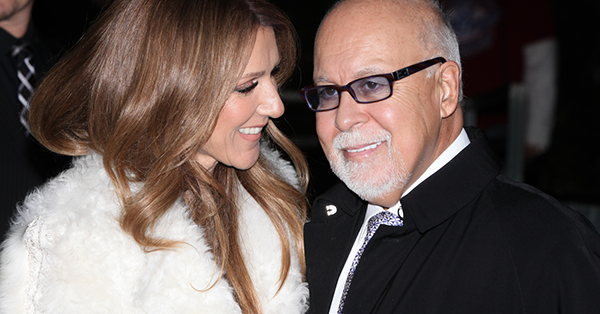 Celine Dion has proved time and time again that her “heart will go on”… facing trial after trial and still keeping the faith. In recent times, Dion has fought alongside her husband of 21 years, Rene Angelil in his battle with throat cancer. But she is keeping her head held high despite the knowledge that this could be her husband’s last Christmas on earth.

Dion and her family are praying and holding strong for a turnaround in her husband’s condition. But doctor’s have not given Angelil a prognosis for how long he has to live.

“We have asked [doctors] many times, how long does he have, three weeks, three months? René wants to know,” Dion told Fox News in August. “But they say they don’t know.”

Dion has been back performing at Caesars Palace in Las Vegas since August at the insistence of her husband, but she is prepared to spend the holidays with Angelil and their three sons, Rene-Charles, 14, and 4-year-old twins, Eddy and Nelson.

Recently, Dion performed an emotional tribute to her husband singing Roberta Flack’s 1969 song, “The First Time Ever I Saw Your Face” with home videos featuring her husband and other family members displayed on the screen via a jumbo projector.

Please join us in praying for a complete miraculous healing in Rene Angelil’s body. That he will live and not die and will declare the glory of the Lord on this earth!

Rene is a singer and a manager. He used to be Celine’s manager, but I don’t believe he does that anymore. Celine is 26 years younger than her husband. Celine is his third wife and he met her when she was 12 years old. Renee is now 72 years-old and Celine is 46. Despite the age difference, their love has been all consuming for the two of them. He had a heart attack in 1992 when he and Celine were engaged and survived that. In April 1998, doctors in Dallas confirmed that a lump in Angélil’s neck was a malignant cancer. He has fought it ever since and Celine has stood with him all the way. The couple is well known in Vegas circles. I truly hope Renee recovers soon, but it does not look good for him. May the family find comfort in God in their hour of need.