I officially take back all the good things I wrote about Charles Barkley… again. Just when I think the guy is sane, he goes out and says something truly offensive. Case in point, he just labeled Judge Roy Moore a “white separatist.” He also said that the Republicans should have been disqualified for this long “before this women stuff came up.” He doesn’t seem to have an issue with the cooked-up fake charges by women, but what does have Barkley’s shorts in a twist is that Steve Bannon and President Trump support Moore. I’m not a huge fan of Bannon, but he’s not a white separatist and neither is President Trump. In fact, I have never heard Moore EVER say anything racist either.

When Barkley says ‘white separatism’ what he really means is ‘white nationalism’. In other words, he’s referring to the KKK and racists. He’s way out of line on this one and it is truly offensive. He made his comments before the annual Auburn-Alabama college football game. He’s accusing Moore of guilt by association, but even at that it’s an outright fabrication and a lie. “I mean Moore is running with Steve Bannon as his right-hand man, who is a white separatist,” Barkley told reporters. “I’m not even going to get into the women stuff, but how can you be a white separatist and represent all the constituents in your state?” Bannon is not Moore’s right-hand man as far as I know… he simply supports him. 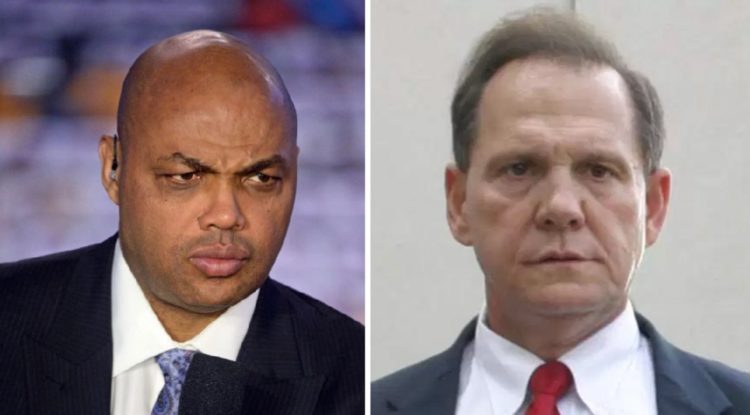 I didn’t see Barkley come after Barack Obama when communists, the Nation of Islam, the New Black Panthers and Black Lives Matter all supported him. That’s black nationalism. I find his statement hypocritical and unfairly judgmental in the extreme here. I don’t know what Barkley’s problem is with Moore, but he obviously knows nothing about him. He’s spewing leftist propaganda and I expected better than that from him. My bad. He kept insisting that Bannon is a racist, but gave no proof of it. As an alum of Auburn, you would think he would know better than to make unsubstantiated politically charged statements like this.

“Everybody is going crazy over these sexual allegations, but Roy Moore, to me, when he brought in Steve Bannon, should have been disqualified,” Barkley said. “How can you have a guy who is running with a white separatist, running for a political office?” Show me credible proof that Bannon is a white nationalist… just one piece of it. Show my the solid connection between Bannon and Moore as well. This is bull crap and I’m sick of it. “We have a lot of black people in this state who are amazing people,” Barkley added. “But to run a campaign with a guy as your chief advocate who is a white nationalist, a white separatist, that should have disqualified Roy Moore way before this women stuff came up.” He has no idea what he’s talking about at best and he’s a stone cold liar at worst. Stick to sports Charles and stay out of politics.

Charles BARKLEY (Alabama native) on Roy Moore–> "How can you be a white separatist and represent all the constituents of your state?…Roy Moore is running with Steve Bannon as his right hand…If I lived here, I'd vote for Doug Jones." pic.twitter.com/HXVN7ywvGE[2]