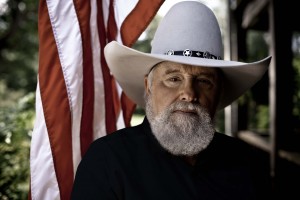 On Thursday, Senate Majority Leader Harry Reid called supporters of the Bundy ranch “domestic terrorists” and questioned their patriotism. Country music star Charlie Daniels responded the same day with a tweet saying Reid should be in jail for “impersonating an American.”

“Harry Reid you should be put in jail for impersonating an American,” he tweeted.

“Ouch!” the Twitchy staff wrote. A number of people agreed.

“AMEN Charlie!! I second that motion,” one person said.

Reid’s denigration of Americans who happen to disagree with him is hardly surprising. After all, it’s the liberal M.O.: if your someone doesn’t toe the liberal line, then they deserve to be publicly attacked, slandered, and smeared.