Charlie Daniels Sends Out Warning to Establishment: ‘The Days of the Career Politician Are Over’

Country music legend Charlie Daniels has become well-known for his conservative beliefs and he frequently speaks out about his thoughts on the state of the country today. This week, he sent a warning to career politicians that their days are numbered[1]. 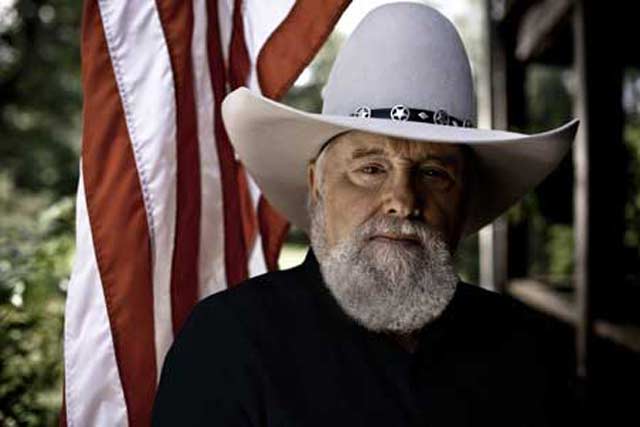 In an op-ed for CNSNews.com, Daniels wrote that Donald Trump is an outsider who is not a member of the D.C. “club” of establishment politicians and these politicians care more about power than they do about public service. And, Daniels said, the problem is on both sides of the aisle, with both Democrats and Republicans.

“I’ll let you in on a little secret, Donald Trump is not a member of their club either, and while I’m very well aware that his juvenile name-calling and acerbic tweets do not serve him well sometimes, the main problem the establishment has with Donald Trump is not Russia,” Daniels said. “Do you think that Chuck Schumer actually thinks that Trump colluded with Russia, had some secret deal that would benefit him to the detriment of America? I’d be willing to bet my Ram pickup truck against a lug nut that if you hooked Schumer up to a lie detector and asked him that question he’d fail the test. No, Schumer, the rest of the Democrat attack machine, George Soros, the Barack Obama’s well-financed underground – et al – have known better than to believe that.”

“You see, if what Trump is trying to do is successful, there will be no need, for the Schumers, Pelosi’s and Soroses [who] will spend millions of dollars in vain,” he continued.

Congress is like a big iceberg. All the harmful stuff is hidden below the water line

Daniels also argued that “the prosperity and security of the United States” is not a priority for these politicians. “Reelection and power have taken the place of patriotism and honor in an atmosphere where betrayal is acceptable and common sense is as scarce as unicorns,” he continued. “[T]hose folks, with very few exceptions, don’t give a d— about us or the country. All they care about is winning, and they’d sell your whole generation down the drain if it meant they could keep their ivory towers for another season.”

He also had some words for average Americans. “[Y]ou’re not part of the club, and you never will be,” he said. “You’re just a hard-working American citizen who doesn’t participate in subsidized platinum insurance programs or spend the taxpayer’s money to ensure that you’ll return to your job next year.”

“If American industry does come back, if the economy does soar, if the chronic influx of illegal immigrants does ebb, if our streets are ridded of violent street gangs, if the Supreme Court is again weighted toward constitutionality, patriotism and common sense, if our one-sided international trade deals are either fixed or discarded, if our military does regain and retain its rightful place as the best equipped, best manned, most technologically advanced and highly motivated on the planet, if the little Pillsbury Doughboy in North Korea gets his chubby butt handed to him, if Iran’s feet are held to the fire, if American energy sources are tapped and utilized to make us totally energy independent, if these and other goals of the Trump administration are reached, the days of the career politician are over,” he concluded. “If that day ever comes, people will demand term limits, and empires will fall as Senators, Congressmen, lobbyists and bureaucrats find themselves on a level playing field with the people they lied to and took advantage of for so long. Come on home, y’all. Come on home and work for a living for a change.”

Do you agree with Charlie Daniels?