Comedian Chelsea Handler was all over the headlines during the 2016 election when she, along with a slew of other bimbos[1], promised — and then went back on said promise — to leave the country if Donald Trump was elected president.

Since her ‘favorite’ person in the world has now become her President, Handler has inserted herself into the realm of public discourse on more than few occasions and they all haven’t been to her benefit. She blasted the Kardashians for Trump’s victory (Okay, maybe someone should look into that one), told people that they should “get over” the Kathy Griffin/Trump-severed-head fiasco because hey, it was a joke! Funny huh? Just recently, she made a deal to debate Tomi Lahren, who was recently fired from The Blaze network. 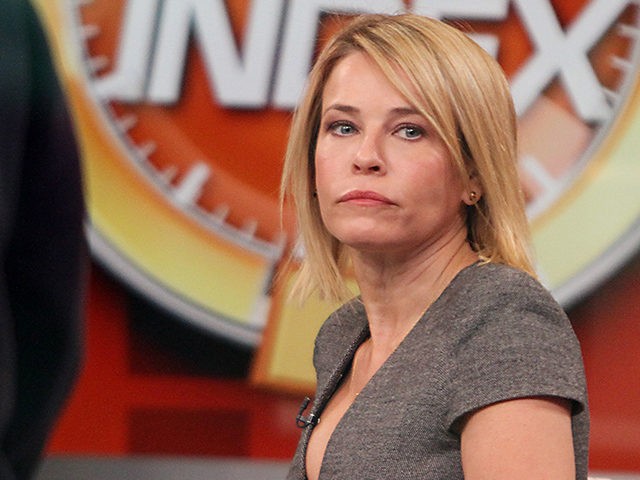 Handler’s most recent comments were aimed directly at Trump adviser Kellyanne Conway, whose “word of the day” piece with Sean Hannity rapidly sank down with the ship:

Here's a word of the day @KellyannePolls[3] you're a fucking idiot.

The apparent problem, as noted by pretty much everyone and their mama on Twitter is that “you’re a f*****g idiot” wasn’t exactly the one word Handler stated. I realize that she could not easily be seen as trying to make a comedic jest or poke, but that kind of stuff doesn’t translate well over Twitter and you can always count on feeling the backlash when it comes to Twitter:

A word? and then you say more than one! Looks like you were drunk twittering again! ???? That's gonna hurt ???? pic.twitter.com/PkHcpFcNn1[5]

Behold, the marvelous gifs that came pouring out of Twitter at someone else’s expense, in this case, Handler’s. But there was more:

She should probably try to keep stuff in her screwed up head, rather than write it down.