Chelsea Handler is a celebrity that you may not have heard of. Handler is a comedienne and talk show host, but she’s hardly A-List material. She’s also a flaming liberal who participated in the Women’s March in Park City, Utah this weekend, leading the Sundance Film Festival’s chapter of the march. She was interviewed during the march and announced that she would never interview Melania Trump… and her reason why was extremely insulting[1]. 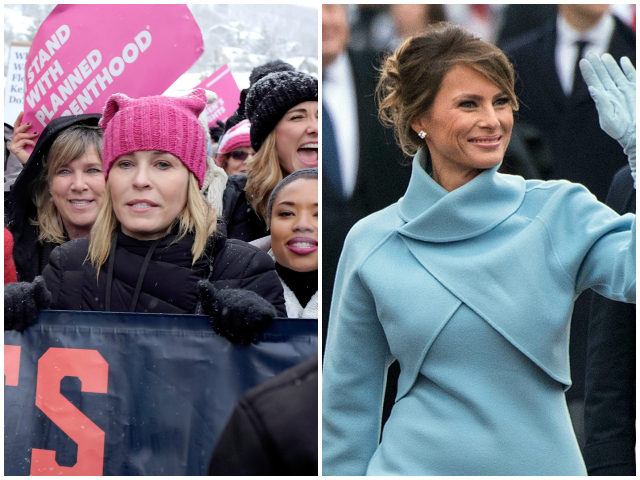 Handler was interviewed by Variety‘s Elizabeth Wagmeister, who asked her if she would ever interview Melania. “Melania? To talk about what? She can barely speak English,” Handler said. Melania has a heavy accent, this is true, but to claim that this means she can “barely speak English” is a stretch. And can you imagine the liberal outrage if a Republican had said something like that about a liberal?

Wagmeister then asked her what she thought of Melania as the First Lady. Handler replied, “Exactly what I think about him as the First Man. Nothing. I don’t respect either one of those people.”

People on Twitter had a field day with this interview, including pointing out that Melania Trump is fluent in five languages… including English.

Chelsea Handler is a RACIST. If she has problem with Melania Trump's accent– then all you Mexicans better worry. #DNCforum[5] #IMarchWithLinda[6]

The truth is, Chelsea Handler is completely irrelevant… and Melania Trump isn’t likely to lose any sleep over this. It’s sad how desperate some celebrities are to get a little bit of attention.