Cher Tries To Bash Trump: “When I watch Trump, I Just Want To Blow My Brains Out”

Remember Jon Ossoff[1] in Georgia? Remember how he got trounced because the Republicans in essence tied him to Nancy Pelosi? Well, Cher sure does and she’s none too happy about it either. Shortly after the huge loss, Cher reminded Democrats that there is no trophy for second place. She truly admires that moonbat Pelosi, but at least she’s smart enough to realize that Nancy has become an anchor for the party, instead of a leader. And she’s sinking them fast.

The movement to unseat Pelosi is still growing exponentially. Many of the Democrats want her gone and they want fresh blood to take her place. But Pelosi has dug in her heels and says she’s not going anywhere. That must literally drive Cher to drink even more than she already does. Cher and other Democrats are roundly blaming Pelosi for their recent string of losses. And she is indeed partially responsible as she just keeps pushing the same tactics that have torpedoed her party in the past. However, the Dems that want her gone, want to lurch even further left… which will just cause them to lose even more. They just don’t get it. 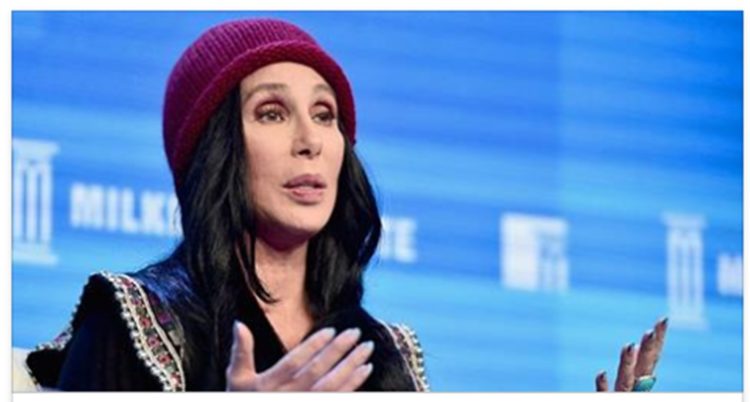 Calls for Pelosi to resign are growing exponentially, starting with Cher! Was the Jon ‘PeeWee Herman’ Ossoff loss all the Democrats could bear?

Cher seemed to open a can of worms with a tweet Wednesday and what followed has pushed Pelosi to defend herself in another one of her incoherent rants. (See ‘So you want me to sing my praises?[3]‘ below.)

Democratic lawmakers en masse are blaming House Minority Leader Nancy Pelosi for the party’s loss in the Georgia special election runoff. Since the damaging Cher tweet, over 30 Democrat legislators have called publicly or privately for Pelosi to be removed from leadership.

This isn’t Cher’s first run at outrageous and borderline rants about President Trump: At a posh Hollywood fundraiser at the Greek Theatre in Los Angeles, she told the audience, “When I watch Trump I just want to blow my brains out. Or maybe not my brains. But I’m just like ‘What are you talking about? Jesus.’”

Since Cher put out this viral tweet, over 30 Democratic leaders have called for Pelosi to step down. She’s refusing to, so there are going to be fireworks eventually over all this. Cher is the one who famously said: “When I watch Trump I just want to blow my brains out. Or maybe not my brains. But I’m just like ‘What are you talking about? Jesus.’” She hates Trump that much. Cher epitomizes the leftists in Hollywood. She’s massively out of touch with mainstream America and about as moral as an alley cat.

The rank and file of the Democratic Party is growing very antsy over Pelosi. They’ve even held private meetings to plan how they can unseat and dump her. Nancy is a power monger. She’ll never go willingly. A coup within the Democratic Party will have to do that and that would rip them apart. For now, I think they are stuck with her. But the natives are restless and they want to get their violence on, so who knows what the commies will do. “We need leadership change,” Rep. Kathleen Rice, (D-NY), told CNN. “It’s time for Nancy Pelosi to go, and the entire leadership team.” Times running out for Nancy Pelosi.