I’m so over the mainstream media tricking the more ignorant of Americans with their lies, deceit and plain wickedness they like to mold into what they call … reporting the news. 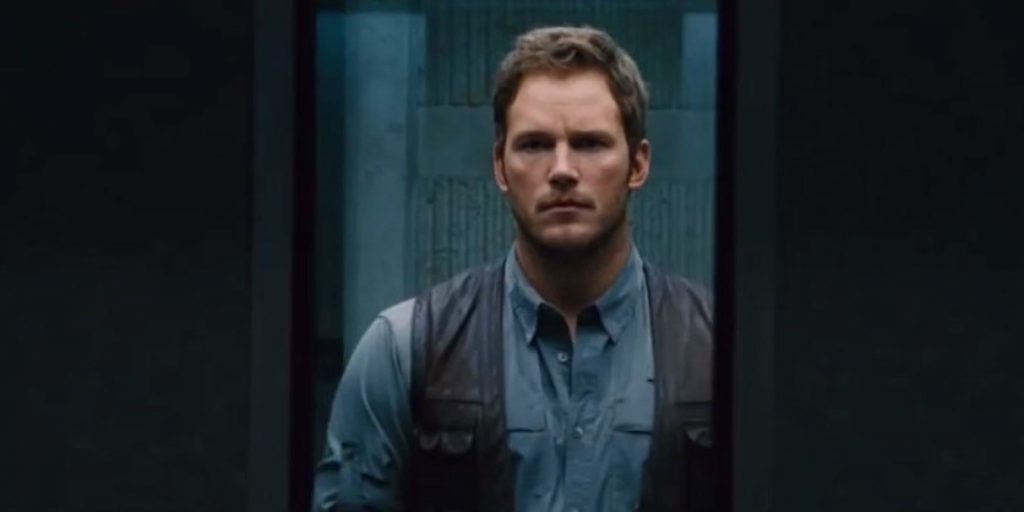 They made a big deal out of nothing and hide big deals without even so much as a flinch, or pause to check on their humanity, or really…the lack thereof.

It’s sick.[2]
Now look what’s going down with Chris Pratt. It’s nothing that would qualify as wicked really this time…but it is aimed at making a decent, pretty awesome…all American guy like Chris Pratt to look like he’s trying to insult Hollywood.

Come on now…why would he even waste his time? Hollywood does a fine job all by itself looking like a damn fool.

But…still, they can’t seem to not get butt hurt over everything and anything…at least with media reporting the words of Chris Pratt like he cursed the very ground Hollywood is built on, they just can’t seem to think for themselves and so what do they do? They listen to mainstream media and form an opinion off what is reported…without bothering to stop and make sure it’s a battle they really want to engage with.

You’re really not going to believe this…

Pratt said he wants to work on a project someday that speaks to the people he feels Hollywood ignores, since the Washington State-native says he rarely sees his upbringing represented.

“I don’t see personal stories that necessarily resonate with me, because they’re not my stories,” Pratt, 37, told the magazine. “I think there’s room for me to tell mine, and probably an audience that would be hungry for them. The voice of the average, blue-collar American isn’t necessarily represented in Hollywood.”

The reaction from the elite was immediate and the subtext went something like this: OMG! OMG! OMG! One of the biggest (and few) remaining movie stars in the whole wide world just stood up for those gross people who made Donald Trump president. Burn the witch! BUUUURN HIM!!

The backlash was so intense you would have thought Pratt suggested Hitler had a “good side” — which makes sense; after all, the elite in this country do see Blue Collar America as nothing more than poorly-dressed Nazis.

Okay, no as if that wasn’t enough stupid to go around…check out what these idiots pulled out of their you-know-whats…

Many people were less than pleased with Pratt’s take on Hollywood’s diversity problem, with some pointing out that there are many movies that show blue-collar Americans.

Marie Claire made it about race:

While it’s nice that Chris wants to see more people like himself on-screen, he is a straight, white male. And Hollywood has an *actual* diversity problem at the moment—both in terms of race and gender. So, actually, maybe it’s time for there to be less stories like Chris Pratt’s, and more stories about, oh, you know, literally any other marginalized community in this country. …

Within just a few hours and no doubt eager to avoid being CNN’s “Villain Of The Day,” Pratt almost immediately apologized via Twitter:

That was actually a pretty stupid thing to say. I'll own that. There's a ton of movies about blue collar America. https://t.co/DclYfNsiv3[3]

I could think of plenty of other responses other than your basic apology. It wasn’t a very Chris Pratt type of response, so I’m guessing this was one of those battles he chose not to fight because…it’s far to lame to be bothered with.

Still…what comeback would you have thought up to tweet out with an apology? I’m sure you will come up with some really clever ones.

Truth be told, Pratt should have never needed to apologize for what he thought and felt…that is what forms HIS opinion, which is just that. HIS opinion…one that no one gets to take any sort of authority over. Except when you live in the after effects of Obama’s America and realize..no one is allowed an opinion, but we are suppose to except everyone for who they are…just not allow them to have an opinion.

I know that makes no sense…wickedness has never promoted rational thought. So…yeah, there you go. Rational thought…you’re not going to find when it comes to the left.

Either way…mainstream media can shut it about Pratt. He’s the man…and they have my permission to go slap themselves.

Well, so is their FAKE NEWS.