Country Singer FORCED To Cancel Show After He Refuses To Disarm

The bearded country artist Jamey Johnson’s July 23 concert at House of Blues, Myrtle Beach, had to be cancelled[1] after he seemingly refused to disarm before entering the establishment.

HOBMB has now come out and said that they would issue refunds to ticket holders beginning at 12 pm Eastern on July 24.

On Sunday, HOBMB announced that the show wasn’t going to happen, via a Facebook post: “As always, the safety and security of our guests is our number one priority. Tonight’s artist refused to adhere to our safety and security guidelines and would not enter the building. Unfortunately, tonight’s show is cancelled.” 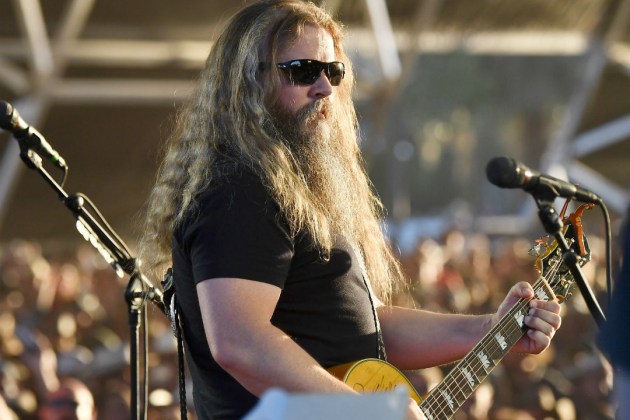 Tony TC Coleman is a member of Johnson’s band and saw the post by HOBMB on their Facebook page. He did’t much care for it and decided to give a first-hand account of what really went down:

AS A MEMBER OF JAMEY’S BAND, HOUSE OF BLUES MANAGEMENT “LIVE NATION ” WAS WRONG FOR HOW THEY TREATED THE SITUATION. JAMEY WAS READY TO GIVE AN AMAZING PERFORMANCE AS HE HAS DONE EVERY NIGHT SINCE THE YEAR AND 3 MONTHS I’VE BEEN IN HIS BAND. I STAND WITH HIM ON THIS. HOUSE OF BLUES DID’NT NEED TO TREAT US LIKE WE WERE TERRORIST. THEY PUT A MEDAL DETECTOR BETWEEN JAMEY’S BUSSES AND THE STAGE ENTRANCE AND THE ONLY PEOPLE COMING IN AND OUT OF HIS BUSES WAS US. HIS BAND AND CREW AND WE ALL HAVE LAMINATED STAGE IDENTIFICATION. WE DID NOT COME TO HOUSE OF BLUES TO BE TREATED LIKE WE ARE GOING TO KILL THE FANS. IF SOMEONE CAME BACKSTAGE TO HARM ANYBODY YOU BETTER PRAY THERE IS A JAMEY JOHNSON TYPE INDIVIDUAL AROUND.

A representative for Johnson could not be reached for any questioning, but it would seem that the man in good conscience, couldn’t let anything come in the way of him carrying his gun.