Bill Nye, the idiot that parades around pretending to be a scientist, has become one of the most obnoxious, self righteous, advocates on “climate change.” He is such a horrible guy[1], that he even turned on his leftist media buddies on CNN and accused them all of doing a “disservice” to their audience on Saturday by not having just a bunch of climate change believing scientists on their show.

What a douche. Seriously. The man is even in the Hall of Fame[2]. Well, let’s continue. 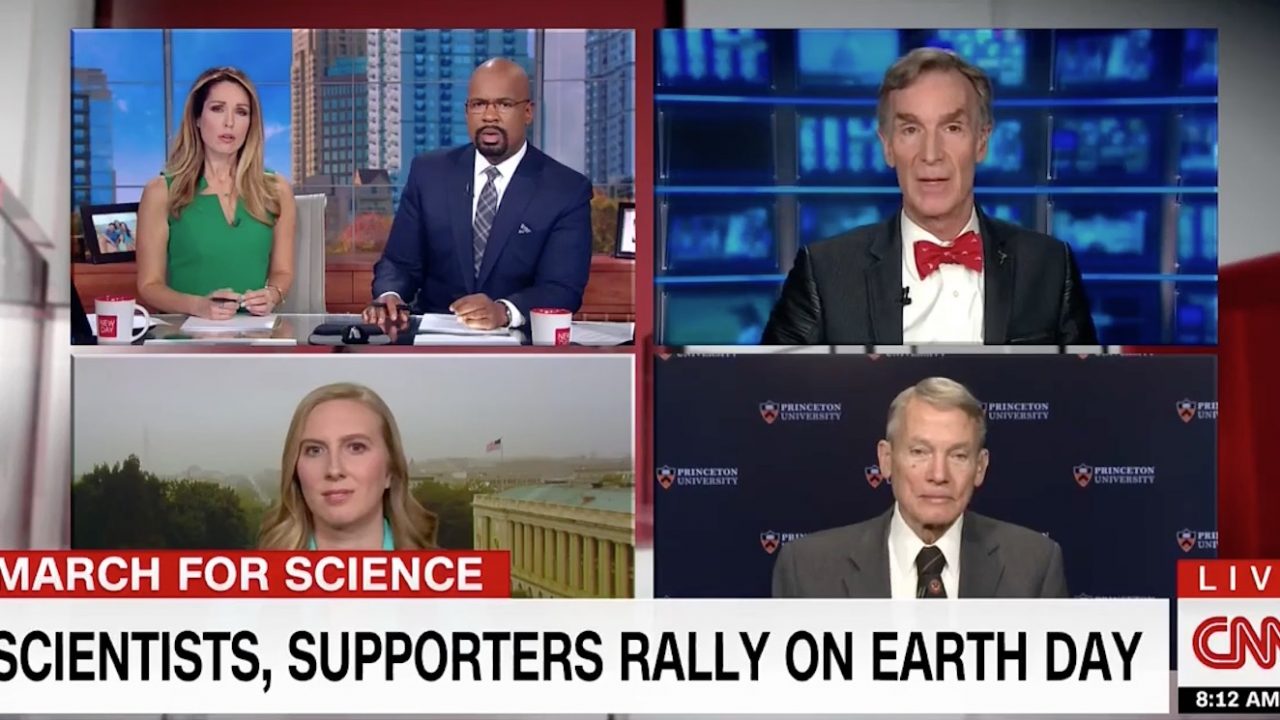 The CNN “New Day Saturday” panel, which had on guests Nye and William Happer, a REAL physicist from Princeton University, had a heated debate occur after Happer quietly claimed that Nye’s version of Climate change was but a “myth.”

“There’s this myth that’s developed around carbon dioxide that it’s a pollutant, but you and I both exhale carbon dioxide with every breath. Each of us emits about two pounds of carbon dioxide a day, so are we polluting the planet?”

Now here’s some real science that we all learned in elementary school and yet we all seem to have forgotten.

“Carbon dioxide is a perfectly natural gas, it’s just like water vapor, it’s something that plants love. They grow better with more carbon dioxide, and you can see the greening of the earth already from the additional carbon dioxide in the atmosphere.”

Nye seemed very much annoyed that someone would dare to disagree with his nonsense and went after Happer, not by contending with scientific facts – but by talking down to him and using typical leftist talking points. He claimed that Happer didn’t understand the “rate” or speed at which carbon dioxide was entering the atmosphere and then he went into blaming CNN for not having more climate change zealots, instead of real scientists – like Happer.

“And I will say, much as I love the CNN, you’re doing a disservice by having one climate change skeptic and not 97 or 98 scientists or engineers concerned about climate change.”.

Oh, and the manufactured outrage of the anchor over Happer’s comparison can take a hike as well. What we saw there was a desperate anchor trying to act offended, like the comparison was somehow so heinous, it warranted a stern rebuke.

What a bunch of political hacks.

In John Hawkins’ new book ‘101 Things All Young Adults Should Know’, he teaches in chapter 10, “People are what they are and probably are not going to change much once they reach adulthood.”

…I didn’t like Bill Nye as a kid and what do you know? I still don’t like him…