Ann Coulter booked a seat[1] on Delta with extra leg room – she’s very tall. She paid an additional $30 for the seat. When she got to her flight, she saw someone else had been given her seat and asked a flight attendant why. Of course, she didn’t have an answer and the rampage began. This time, I don’t blame Coulter at all. I probably would do the same thing here. She proceeded to take to her huge following on Twitter and tweet her complaints. This has ticked off Delta. Too freaking bad.

Coulter’s seat went to a regular passenger… not for someone with special needs or an air marshall. It wasn’t taken because of over booking either as far as I can tell and Coulter had no warning. It was an average brunette, who was attractive, but there was nothing else special about her. When you are high profile like Coulter is, the only other reason you can come up with is either massive incompetence or it’s political. Delta offered a refund of the $30, but was incensed over Coulter’s upset and attack. Let me tell you something, you do not dance with someone like Coulter. She will rip you to shreds… PUBLICLY. 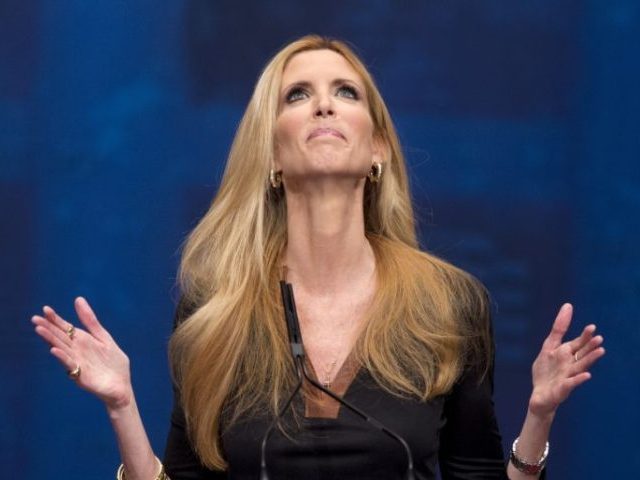 Following an issue relating to a pre-booked seat on her flight, Ann Coulter tweeted complaints to the Delta Airlines Twitter account which were met with open disdain from customer service representatives.

Conservative firebrand Ann Coulter tweeted to the official Delta Airlines Twitter account this week to complain about a complication relating to a pre-booked seat. Coulter was asked to move from a seat that she had specifically booked to accommodate another passenger, but when Coulter asked a flight attendant, “why are you taking me out of the extra room seat I specifically booked?” the attendant reportedly replied, “I don’t know.”

Coulter noted that she was forced to move from her pre-booked seat, not for a disabled passenger, an air marshall or someone that may need easy access to the aisle of the plane, but just another regular passenger who had not booked a specific seat ahead of time as Coulter had.

Delta knew this was Ann Coulter. They knew that an apology and a refund would not cut it. Now, Coulter doesn’t hold back and I can understand why they say it is unacceptable, but I’m having a hard time being sympathetic when they had to know this was coming. In response to Delta’s complaints about her handling of the situation, Coulter tweeted, “I have been the picture of politeness. If I treated customers the way @Delta does, I’d deem ‘facts’ impolite, too.” Coulter is not going to drop this or let it go… Delta needs to make this right somehow.

According to a text conversation Coulter posted to Twitter[4] on Tuesday, an unnamed “flight attendant” claimed that Coulter was targeted on purpose to “make her life miserable.” I have no problem believing that. “BEWARE OF @DELTA REPUBLICANS,” Coulter captioned the Twitter photo of the text exchange. “Texts from a flight attendant: It was political. @Delta still won’t give a reason.” If this isn’t damning, I don’t know what is… from the flight attendant: “Yeah, I said that on several secret FB groups of [XXX Airline] employees, they were all hating on Ann, and when I defended her, we went back & forth,” wrote the flight attendant. “And at the end, they acknowledged that it was a Delta employee who targeted Ann on purpose.”

Coulter is not exposing who the employee is. To me, this looks totally political. Delta still won’t say why they gave her seat away. Shame on Delta. What asshats. Simply unacceptable. I feel a lawsuit coming on from Ann… it’s the principle of the thing.

"Why are you taking me out of the extra room seat I specifically booked, @Delta[6]?' Flight attendant: "I don't know.” pic.twitter.com/a0M1faZXMu[7]

[email protected][6] didn’t give my extra room seat to an air marshall or tall person. Here’s the woman given my PRE-BOOKED seat: pic.twitter.com/iDNB8xXXOd[9]

Suckiest @Delta[6] moved me from my PRE-BOOKED SEAT & gave it to some woman, not elderly, child, or sick. I have pictures so don’t lie, @Delta[6]!

@AnnCoulter[12] Additionally, your insults about our other customers and employees are unacceptable and unnecessary.

I have been the picture of politeness. If I treated customers they way @Delta[6] does, I'd deem "facts" impolite, too. https://t.co/XnM1L16Yru[14]

Today's consumer quiz: Why is @delta[16] worse than @united[17]? A: United drags customers off the plane, but soon Delta will have to drag them ON.

BEWARE OF @DELTA[19] REPUBLICANS. Texts from a flight attendant: It was political. @Delta[6] still won't give a reason. pic.twitter.com/Tcxp2DlPa0[20]

Do you text like that? Even when talking to a potential source, I try not to be cryptic.

They all agreed. Who are they? Were they on the flight? This proves nothing.