Most late night shows are hosted by people who get their laughs from insulting politics, politicians and more specifically, our President. Trump, since he announced his candidacy, has been a high-priority target for hosts like Steven Colbert and John Oliver.

But there is one host who is absolutely refusing to give in to his more fanatic liberal fans and is defending his decision to not bash Donald Trump on every show. 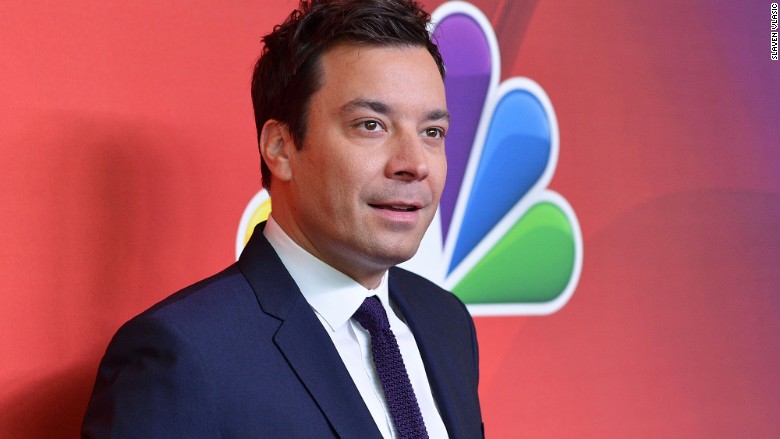 In an interview with the New York Times[2], Fallon doubled down on his decision to keep his show from being an hour of political bomb-throwing and mockery of our President.

“I don’t want to be bullied into not being me, and not doing what I think is funny. Just because some people bash me on Twitter, it’s not going to change my humor or my show.”

“It’s not The Jimmy Fallon Show. It’s The Tonight Show.”

He addressed the critics of his playful Presidential interview last September where he petted Donald Trump’s hair.

“If I let anyone down, it hurt my feelings that they didn’t like it. I got it.”

“I didn’t do it to humanize him. I almost did it to minimize him. I didn’t think that would be a compliment: ‘He did the thing that we all wanted to do.’”

Liberals and progressives bashed Fallon on Twitter, accusing him of conducting a “softball” interview.

Yes, that’s where we’re at, America. We demand more journalistic integrity from late-night comedy show hosts than we do actual journalists. I’m looking at you, Washington Post.

If anything, I would think that it would be a great relief for people to be able to watch at least one show without having someone’s political opinion shoved in their face. Of course, when you survive solely on a diet of hatred and Facebook memes, I guess this would upset you.