Phil Collins[1] has always been one of my favorite singers. In the eighties, he was the king of rock with Genesis as their drummer and lead singer. Later, he would strike out on his own and be just as big a hit. He was rushed to the hospital in the early hours of June 8th after falling in his hotel room. Evidently, not long ago, Collins had back surgery. His Facebook post clarified the accident: “Phil suffers from ‘drop foot’ as a result of a back operation which makes it difficult to walk. He rose in the middle of the night to go to the toilet and slipped in his hotel room, hitting his head in the fall on a chair. He was taken to hospital where he had stitches for a severe gash on his head close to his eye and is recovering well.”

It sounds like Collins will recover fully. He’s 66 now. He will be going back out on tour this weekend in Cologne, Germany. I’m greatly relieved he is okay. The Mayo Clinic explains that: “Foot drop, sometimes called drop foot, is a general term for difficulty lifting the front part of the foot.” And back surgery can cause that condition. It has to do with an underlying neurological, muscular or anatomical problem. Definitely keep Phil Collins in your prayers. 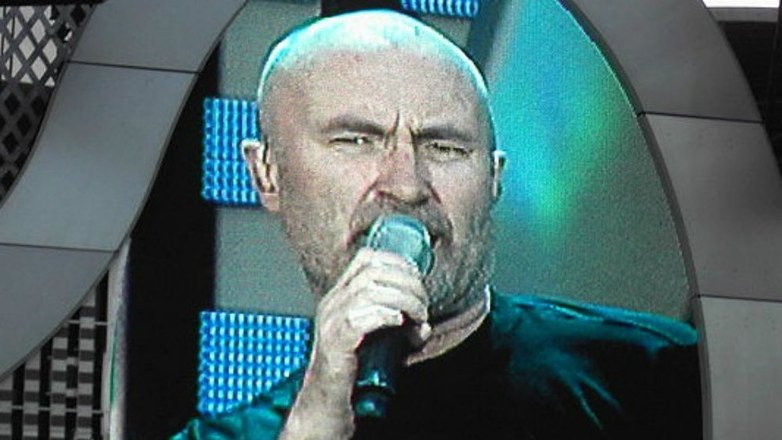 Singer Phil Collins has been hospitalized and postponed his tour after falling and hitting his head, according to a statement on his Facebook page Thursday.

The statement[3] said Collins has trouble walking because of a back operation.
“He rose in the middle of the night to go to the toilet and slipped in his hotel room, hitting his head in the fall on a chair,” the statement said.

Collins suffered a gash on his head that had to be closed with stitches.

He postponed performances on his tour, the “Not Dead Yet Live Tour,” that were scheduled for Thursday and Friday at Royal Albert Hall in London. Those were rescheduled for November 26 and 27.

Collins, 66, is expected to resume his tour on Sunday in Cologne, Germany, then perform in Paris before returning to London for a performance in Hyde Park on June 30.

Collins came to fame as the lead singer and drummer for the British band Genesis, before going on to success as a solo artist.

Since having major back surgery in 2015, Collins has been unable to play the drums on tour. Instead, he stays seated during his show and has to walk with the assistance of two canes. His 16 year-old son, Nicholas, is the drummer on the tour. Collins gave an interview to Rolling Stone in 2015 and spoke about his back condition: “I had an MRI and my back and hips were just shot. The doctor had to go in there, work on the sciatic nerve and take my back apart and unscramble the mess.” For those of us with back problems, we can certainly relate.

Phil Collins had this to say about the decision to go on tour again after a 10-year hiatus: “I thought I would retire quietly,” he said. “But thanks to the fans, my family and support from some extraordinary artists I have rediscovered my passion for music and performing. It’s time to do it all again and I’m excited. It just feels right.” I’m still a huge fan and I hope that Phil gets past his back problems and recovers. He has massive talent and is one of my all time favorites. 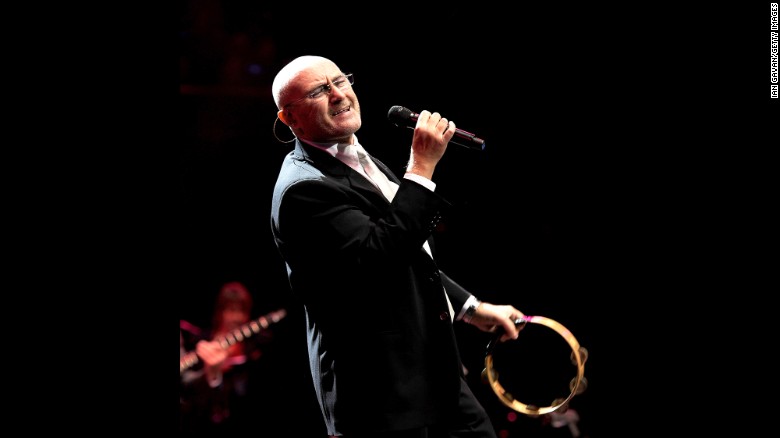