Disney is now the proud owner of the Star Wars property and is in the midst of filming the next blockbuster Star Wars adventure. But ahead of the new movie’s completion, the Mouse House has decided to re-label Darth Vader as “gender neutral” as it sells the Vader costume to kids. 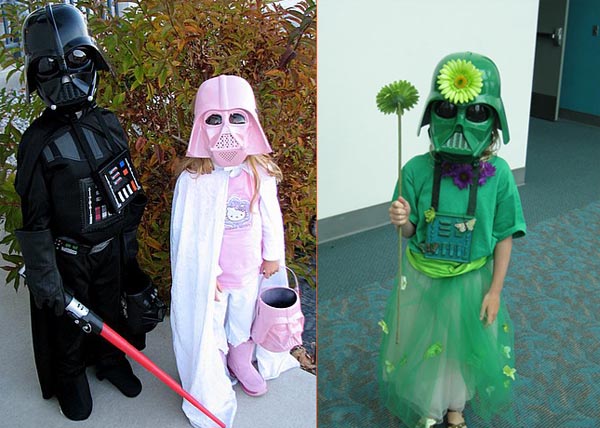 Apparently this was all sparked by a little girl who complained[1] that the Darth Vader costume was being marketed only as a costume for “boys.”

Star Wars fan Izzy Cornthwaite wanted a Darth Vader costume and lightsaber for her eighth birthday. But, upon exploring the UK Disney Store’s website with her mum, Rebecca, she was devastated to see that the outfit was listed as a “boys’ costume”. “Her face fell,” says Rebecca. Her eyes “filled with tears and she said ‘I can’t have it, it says they’re only for boys.’”

But Izzy decided not to take it lying down and, following a quick chat with her mother about gender stereotypes, she wrote to Disney to explain her sadness about how the costume was labelled.

About a week later, she received a reply: “The description for this costume has now been amended as we understand that all our little Jedis enjoy Star Wars.” Izzy went online to check for herself, and was delighted to find that it wasn’t only the description of the Darth Vader costume that had been changed – the wording on everything from costumes to toys, Disney Princess tutus to Hulk outfits was now labelled “for kids”, instead of being divided by gender.

Has Darth Vader been neutered by PCism, or is Disney just properly responding to the needs of their customers?