‘I don’t apologize’: Toby Keith Defends His Decision To Perform For Donald Trump’s Presidential Inauguration…As Others Back Out

It turns out that event organizers for Thursday’s Make America Great Again! Welcome Celebration have announced on Friday that Toby Keith will be among the artists who will take to the stage. Later that day, Toby Keith had responded to critics[1] of his determination to perform for Donald Trump’s presidential inauguration. 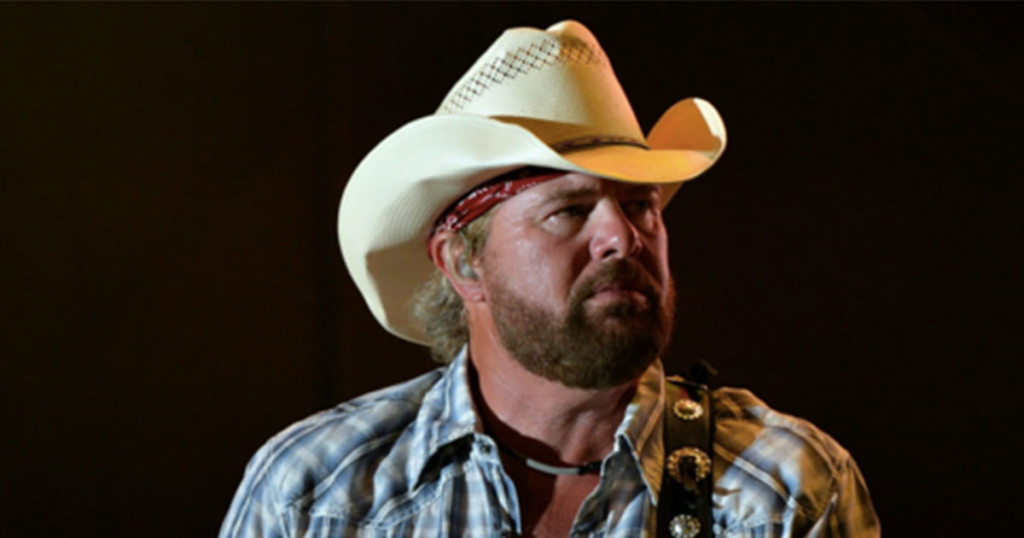 In a statement given to Entertainment Weekly, the 55 year-old country singer supported his choice: ‘I don’t apologize for performing for our country or military.’

On Saturday, Broadway star Jennifer Holliday backed out of her commitment to perform at the inaugural, saying she did not realize that her involvement would be interpreted as a statement of support for Trump – which it isn’t…but try telling that to the radical Tweeters.

Toby continued on with his explanation: ‘I performed at events for previous presidents [George W.] Bush and [Barack] Obama and over 200 shows in Iraq and Afghanistan for the USO.’

The Courtesy of the Red, White, and Blue balladeer will join other artists like 3 Doors Down, Lee Greenwood, The Piano Guys, the Frontmen of Country and more on the occasion set to take place on January 19th at the Lincoln Memorial in Washington, D.C.

The announcement adds some famous person power after weeks of troubled searching to nail down some celebrity performances to commemorate the President-elect’s swearing-in.

All of the headliner’s decisions to do business with the inaugural were of course met with mixed reactions on social media.

Another good intentioned user wrote: ‘It’s only right to have @TobyKeithMusic #MAGA as he is a great son of Oklahoma! The reddest state in the USA.’

Others felt quite the opposite, with one user going as far insane as: ‘Toby Keith what a disappointment you are!’ and an even crazier one, ‘Toby Keith just got on my Sh*t List! Boycott his music!’

Holliday, who dropped out, is best known for her Tony-winning role in Broadway’s Dreamgirls. She, on the other hand, has taken a beating online and was faced with pressure from her gay, lesbian and black fans when it was announced she would sing at a Thursday concert.

Holliday, who backed Hillary Clinton during the election, responded: ‘It just really made my heart drop to my feet.
‘How could I have this much hate spewing at me, and I haven’t even done anything?