Dwayne “The Rock” Johnson[1], who is a registered Republican, is considering a run at the presidency. Yep, seriously. And you know what? He might just be great at it. I’d have to hear more on his political stances, but he’s a man of faith, a hard worker and a family man. So far, so good. He started out wanting to be a football player and wound up being an uber famous wrestler. Then he stepped into acting when he starred in The Scorpion King and he’s been a favorite of mine ever since. I loved him in San Andreas and he’s been stellar in Fast and Furious. But can he handle the presidency? Given our track record of late, I’m willing to give him a shot.

He’s now seriously considering the possibility as people urge him to run. He’s honestly considering his place in politics these days. Johnson was the highest paid actor in 2016, earning $64.5 million. So, money isn’t an issue. Neither is fame and name recognition. And as far as looks go, he’s ruggedly handsome. The guy has it all, including morals and principles. I guess we will see if he carries through with this, but I would not be surprised if he does. 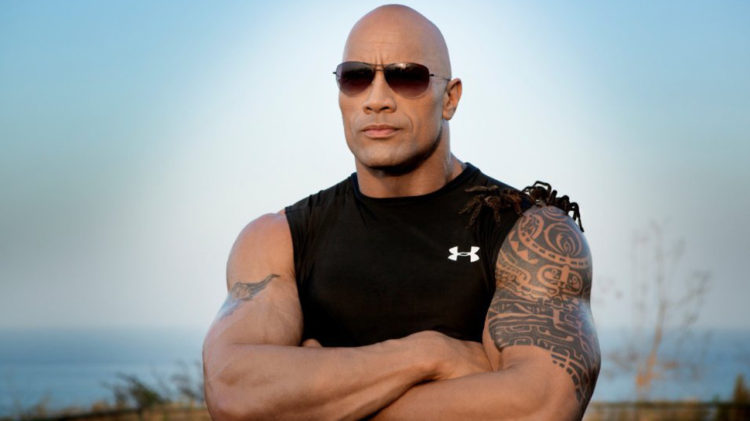 The United States might have to gear up for yet another celebrity president.

Actor Dwayne “The Rock” Johnson told GQ[3] in an interview published Wednesday that it’s “a real possibility” he might one day run for the highest office in the land.

“A year ago, it started coming up more and more. There was a real sense of earnestness, which made me go home and think, ‘Let me really rethink my answer and make sure I am giving an answer that is truthful and also respectful.’ ” he said. “I didn’t want to be flippant — ‘We’ll have three days off for a weekend! No taxes!’ ”

Last summer, Johnson, who was the highest paid actor of 2016[4], bringing home a whopping $64.5 million, told ABC’s “Good Morning America” co-host Michael Strahan that a political career is “very real[5]” to him.

The “Baywatch” star said the idea of him becoming commander in chief “has become a legit thing to some people.” He said he will take the “temperature of the American people” as “time goes on.”

For a kid that grew up dirt poor, Johnson worked his butt off and became a success. But he will only run for the presidency if he feels the American people want someone like him. Gee, he’s also humble. Man… I’m liking this guy more and more and more. Johnson also tweeted out this article from the Independent Journal Review, in which writer Parker Lee explains the actor’s bipartisan appeal as a man who “respects, and is respected by, both the military and law enforcement” and is “a family man” and “no stranger to hard work.” He described the 2016 story as a “cool piece” on why he should run for president. Yes, it is a great piece… I read it.

Can you imagine what an imposing figure The Rock would be as Commander-in-Chief? Freaking awesome. He’s still a part-time wrestler, but he’s also a world renowned actor. And he strikes me as a smart man, who thinks before he leaps. America could use a leader like Dwayne Johnson. It would be refreshing.

Cool piece on why I should run for President. Maybe one day. Surely the White House has a spot for my pick up truck..https://t.co/JpkZ4w1eh3[6]