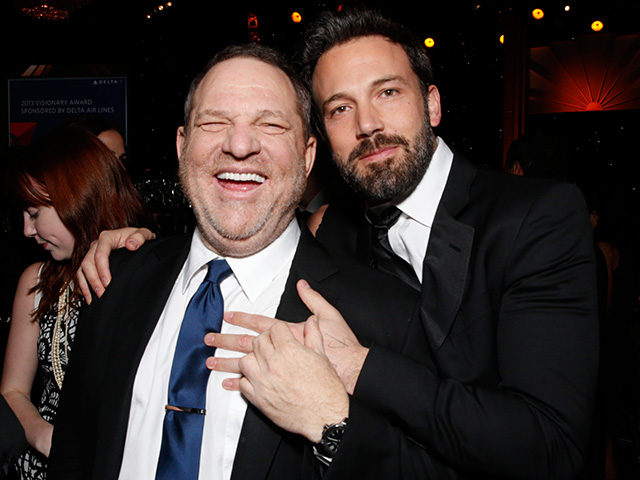 Hollywood isn’t the only group that is facing the issues surrounding the Harvey Weinstein scandal. Democrats are also being forced to reject the support (both financial and verbal) of the former producer and everyone who enabled his victimization of women in the industry.

When Ben Affleck came out and rejected Weinstein and his actions, Rose McGowan called him out for knowing what the pervert was doing and not standing up for the women who had been sexually assaulted. Now, people are demanding that elected Democrats return/donate funds that they received from Weinstein and company, or risk looking like you approve of his doings.

Elizabeth Warren’s Republican opponent is demanding that she return all of the donations she’s received from actor Ben Affleck, after it was revealed he knew about the producer’s sexual exploits and did nothing to stop him.

Rep. Geoff Diehl (R-Whitman) is running for Warren’s Senate seat and wants her to do something with the $10,000 she received from Affleck, who not only knew about Weinstein’s behavior, but also groped actress Hilarie Burton, for which he later apologized.

“Like so many other Commonwealth residents, I am disappointed in what appears to be a cover-up of bad behavior in Hollywood,” the Republican said in a statement. “With the admission of Ben Affleck, I would hope that Sen. Warren would now donate his contributions. She should not be benefitting from someone who has admittedly groped a woman.”

How any woman could take money from a man who has victimized another woman is beyond me. Politics means less to me than my principles and those principles say that if you’re a disgusting human being, I want nothing to do with you. If you are groping and otherwise sexually assaulting women and having it covered up because you’re a big-name actor, you are scum.

Elizabeth Warren should follow in the footsteps of her fellow Democrats and donate the money to pro-woman causes in her home state. That much cash would go a long way toward helping those who need it most and it would be a spit in the eye to a man (fellow Democrat or not) who grabbed a woman without her consent.

The fact that something that happened in Hollywood is affecting American politicians just shows that the elites have way too much power in this country. The fact that millionaire actors give obscene amounts of money to politicians, who then have to give it away when it is revealed that said actors were inappropriate to females, because that’s the culture they live in.