Hello, my name is Sierra and I live in the reddest state in the nation.

It may also interest you to know I live in this state with my twin brother who is gay. My gay twin brother is also a Trump voter, who supported him all the way through his candidacy and into the Presidency.

If Trump were to walk up to my front door right now, my brother would shake his hand and invite him in for a beer. Why? Because he doesn’t use his sexual orientation to somehow turn himself into a victim. He’s an American first and a gay male somewhere near the bottom of the list of ways he describes himself.

And my brother isn’t alone. LGBT for Trump is comprised of a group of gay, lesbian and trans people who support the President because the only identity politics they’re interested in is the “American” identity. They don’t need to be pandered to in order to feel relevant.

Ellen Degeneres, however, appears to view herself as “gay” and nothing else. 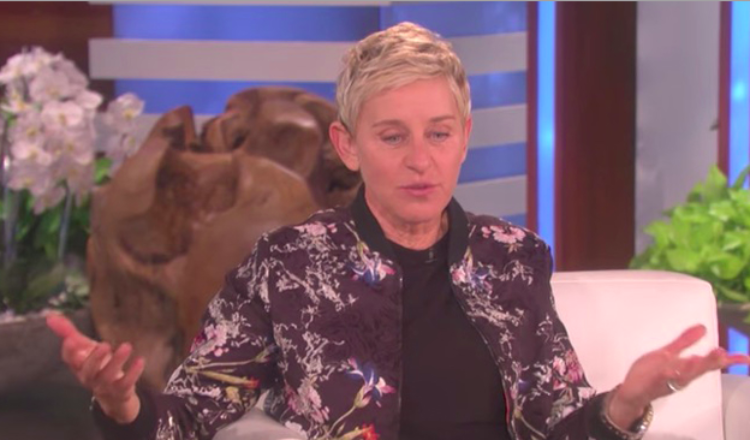 For those of you unfamiliar with daytime talk shows, Ellen Degeneres is a host who frequently invites high-profile guests to grace her stage. They discuss a litany of things that can range from favorite dog breeds to important political topics in the news that day.

Unfortunately, the Trump Presidency has made her political opinions come to the surface and she made it very clear that she would never have the President of the United States on her show because she doesn’t want to “validate him.”

“There’s nothing that I am going to say to him that is going to change him and I don’t want to give him a platform because it just validates him,” she said while interviewing NBC host Megyn Kelly.

“And for me to have someone on the show, I really, I have to at least admire them in some way and I can’t have someone who I feel is not only dangerous for the country and for me personally as a gay woman but to the world,” she continued. “He’s dividing all of us and I think I don’t want him on the show.”

Trump is President during an extremely tumultuous time in our history both domestically and globally. I think Degeneres is flattering herself by taking a stance on something that has a statistically insignificant chance of happening.

And for her to say that he is dangerous to her “personally as a gay woman,” is a little over the top. He’s not going to come out and beat you with a red-hot poker for being a gay woman, so stop exaggerating.