Eminem’s recent performance on Saturday Night Live was utterly bizarre, pathetic and awful… all at once. He was shredded on Twitter over it. He’s 45 year-old rapper who never grew up and frankly, it’s cringe-worthy. He performed a medley of his old hits. This comes after recently doing a free-style rap telling any fans of his that support President Trump to go f**k themselves. Not a smart move. He did a rendition of his latest single Walk On Water from his forthcoming album Revival. It was not well-received. It was a bizarre mash up of his new song Walk On Water and old tracks Stan and Love The Way You Lie, alongside Skylar Grey.

“Eminem doing a time machine performance and it ain’t helping the fact that he’s washed up and old,” one person wrote, with another saying, “Awful performance on SNL. @Eminem.” “Eminem sucks so bad and it sounds like he’s spitting every time he talks @nbcsnl make it stop,” another viewer groaned. Another couldn’t stand it either: “#Eminem is terrible…damn does the dude have any sense timing/rhythm? Well at least he got the grey dyed out of his beard… that’s something I guess.” Echoing a similar sentiment, one viewer snarked: “Wish I could text my 7th grade self like: ‘Omg b****, Eminem still raps in 2017 and he sucks!'” 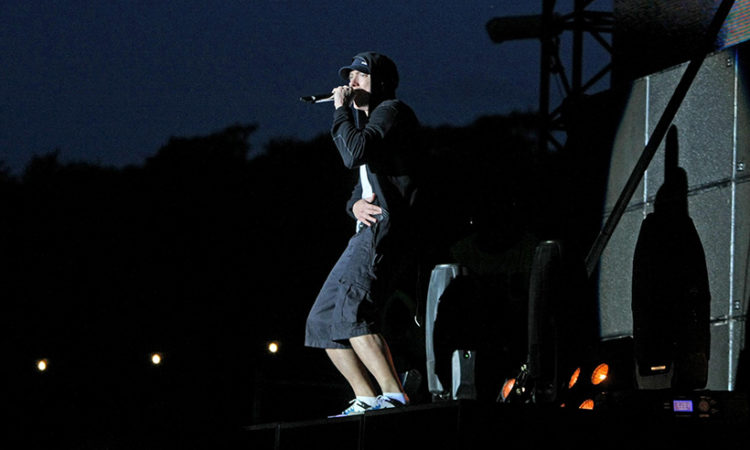 Others complained about how SNL creator Lorne Michaels badly fumbled the evening, not using guest host Chance The Rapper to his maximum potential. “Having Chance as your host then wasting your music spot on Eminem is terrible,” the commenter wrote. “Just use your host instead of this washed garbage.” It would seem that Eminem is considered too old and washed up in the industry. Can’t say I feel sorry for the guy. I have never been a fan and he disgusts me. Several called for him to call it a day: “Does it feel to anyone else that he might retire during the end credits?”

Others were even more brutal and doled out a huge dose of karma: “Just retire into the trailer park you’re #nothing anymore.” Ouch. Nothing like being called white trash to end off your night. Tit for tat… remember during the BET Hip Hop Awards, where he blasted the President on topics including NFL, the border wall, hurricane relief and more? Yeah, that wasn’t a winner either. It wasn’t even edgy. What most agreed on was that Eminem’s performance was just awful.

Some of Eminem’s loyal fans still enjoyed the performance. I don’t know how, but they did. Personally, I think he needs to find another profession or change his approach to this. There’s nothing more embarrassing than an aging rapper trying to stay hip and relevant. 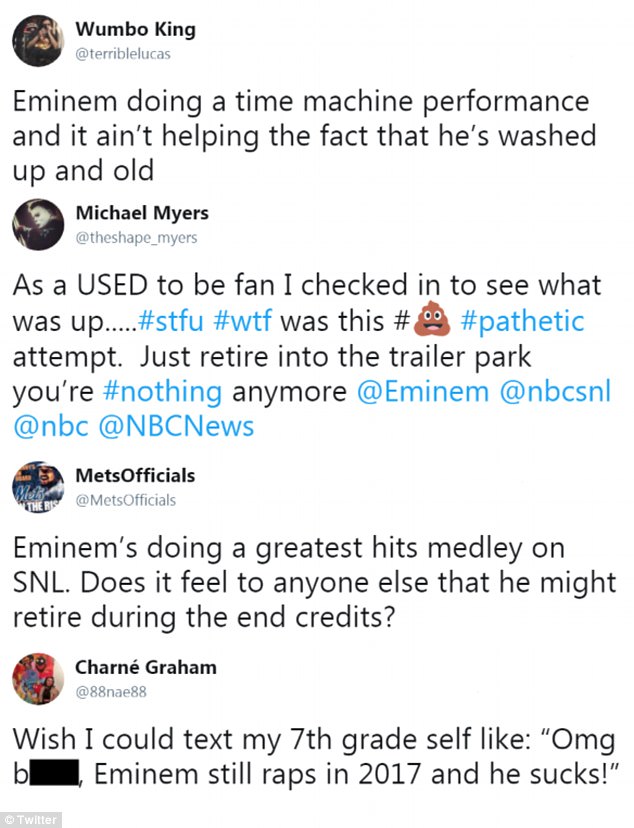 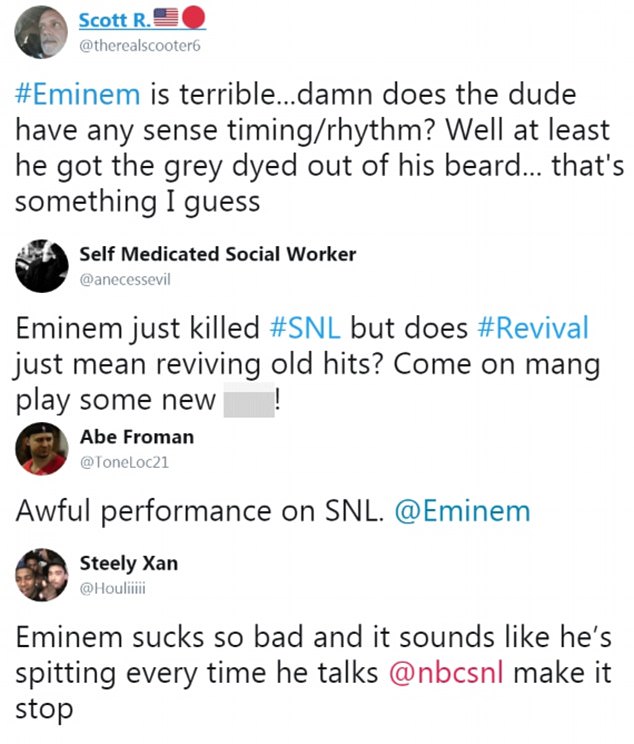 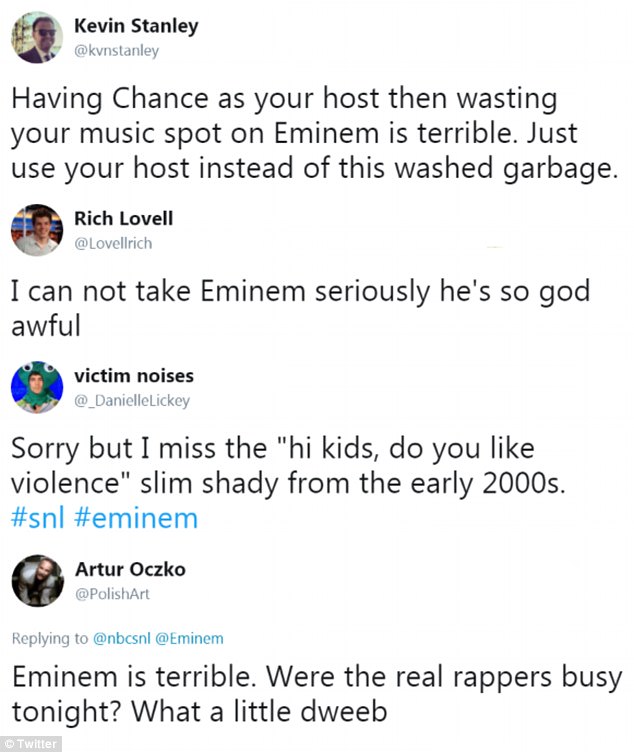