The only thing the freaking mainstream media wants to report is lies…and those lies are about the alleged tale of Trump and his “connection” to Russia, and how this ‘fake’ …not real…made-up mythical partnership brought about the political destruction of Hillary Clinton. 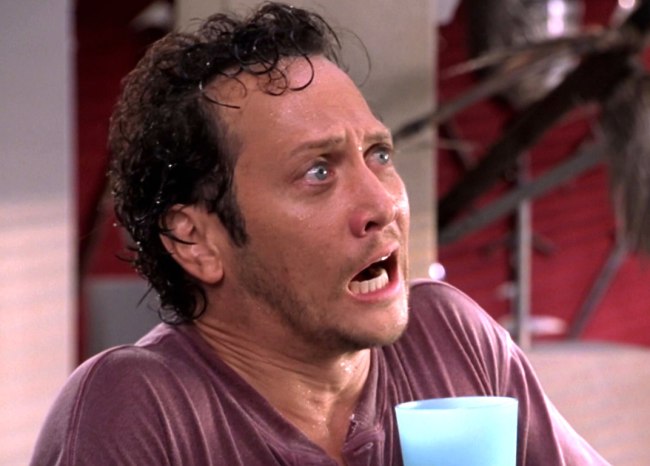 Of course…to them, she didn’t lose because her lack of character, a soul and her love for lies, deceit and let’s not forget her ‘killer’ lack of respect for our nation’s heroes.

Of course then you have Hollywood and the crazies from there talking about all things…unimportant and acting like the sky is falling when their feelings get hurt.

BUT..now? NOW we finally have some common sense coming out of Hollywood and boy is it welcome. It’s been exhausting dealing with all the ‘stupid’ that has been plaguing the minds of Americans from the left for the last…100 years.

So here you go…something out of Hollywood that just makes sense.

Actor Rob Schneider sent out a blistering tweet today setting the record straight as to who’s to blame for Hillary’s loss and boy oh boy, are Democrats sore.

That had to sting a little. Guess somebody’s going to need a dab of burn cream after that one.

@RobSchneider[3] Finally someone says it!!

I couldn’t agree more, it is so nice to see that Hollywood isn’t made up of all LUNATIC progressives…

@RobSchneider[3] thank you! That's what we've been trying to say.

Thank you Rob, it’s so nice to see someone from the entertainment part of this nation who actually isn’t 100 percent brainwashed by progressive GARBAGE!

Perhaps one day all the whiny leftists who still want to blame Russia for their own epic failure will get a clue and wake up to reality.