Eric Bolling is having arguably the worst time in his life and I think even liberals can be sympathetic to his plight (though we all know that not all of them will be kind enough to offer a loving word or simply say nothing at all).

After discovering that he had been fired from Fox News over allegations of sexual harassment, Bolling became the target of media attention. It didn’t take long for them to also find out that his only son, Eric Chase, had passed away. The circumstances of his death are unclear, but it is believed that Chase committed suicide, though Bolling stated that the doctor had not found any external signs of self-harm. 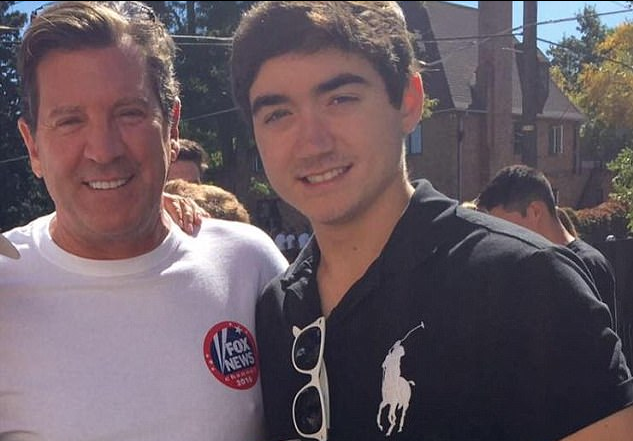 Chase was only 19 years-old and Bolling’s only son with wife Adrienne. The tragic news came mere hours after being told that Bolling was being let go by Fox News Network. Prior to his firing, Bolling was accused of sending elicit pictures of his junk to female coworkers at the news network, as reported by left-wing “journalist” Yashar Ali. (Ali also published a piece around that time that accused pro-gun commentator Dana Loesch of wanting to “fist” the media, when she used the term “fisk.” (That’s its own story, but the point is Ali has a penchant for click-bait news that gets people talking.)

Bolling has filed a $50M lawsuit against Ali and if he’s as innocent of these allegations as he claims, he may have an even bigger suit after being fired due to the allegations.

But all of that is going to have to be put on hold while the Bolling family investigates and mourns the death of Eric Chase.

The former host confirmed the tragic news on Twitter, where he also made it clear that the cause of death had yet to be determined and asked his friends, fans and critics for time to mourn.

This has got to be difficult and only made harder by the fact that he is famous and people are going to want to know what happened. So now he has to not only hear the news, but give it out to the public as well.

We may have differed on politics, but my heart breaks for Eric and his family. I can’t even begin to imagine what it’s like to lose a child and all I can do is pray for him in this time.

I hope that you will join me.