In an unexpected twist of events, Fox & Friends hosts became very emotional Thursday morning in their reaction to the breaking news of their former Fox News Channel founder Roger Ailes’ death. After hosts Steve Doocy and Brian Kilmeade went over a long list of his accomplishments, Ainsley Earhardt began to tear up as she memorialized Ailes and the opportunity he gave her to have the career she does now. 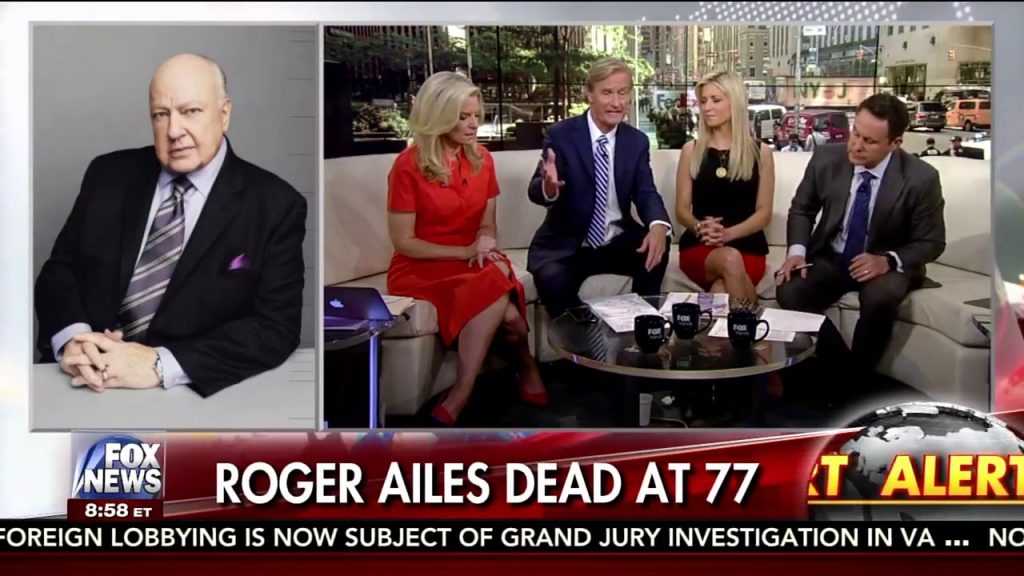 This comes as a bit of a shock seeing as how he made his exit from the network after the controversy surrounding him and may of the female anchors of the network who had several claims against him for sexual harassment[2].

“Roger believed in hard work. He ran four political campaigns,” she said. “Many people out there would say that he saved this country by starting the Fox News Channel. Roger gave every single one of us on this couch an opportunity. He put food on our table.”

They reference how Ailes’ stormy end at Fox news was also sad stating that Ailes went out in a sad way, but said everyone has sins and wished him happiness and peace where he’s at right now.

There was one Fox host who cried through their entire discussion, Janice Dean, who mentioned that Ailes was very quick to help her when she was diagnosed with multiple sclerosis. She feels eternally indebted to him and her emotional state portrayed that perfectly.

“I wouldn’t be here without that man,” she said. “When I was diagnosed with MS, he got on the phone and said, ‘Whatever we can do for your family,’ because we were all part of a family. He was a presence, and he will be missed on this channel. He will be missed.”