Boy, Jimmy Kimmel just doesn’t know when to shut it. Talk about doubling and tripling down on stupid. He continued his rant against guns and gun rights advocates last night. He took time to mock all of us gun “nuts” who called him out on it. What a tool. “I want to send special good wishes to those watching from Las Vegas. You know what happened on Sunday night. I’m not going to get deep into it again tonight, I said what I had to say last night,” Kimmel said of the horrific mass shooting at the Route 91 Harvest country music festival in Las Vegas Sunday night that left at least 59 people dead and 527 injured. But evidently he hadn’t said all he wanted to say after all… unfortunately.

“But I do want to say something to those nuts who spent most of the day on television and online attacking those of us who think we need to do something about the fact that 59 innocent people were killed,” Kimmel bristled. Oh goody… here comes the attack. “They say it’s inappropriate to be talking about it because it’s too soon,” Kimmel said. “Well, maybe it is too soon for you because deep down inside you know — in your heart you know you bear some responsibility for the fact that almost anyone can get any weapon they want, and now you want to cover yourself until the storm of outrage passes and you can go back to your dirty business as usual.” You know who bears ‘responsibility’ Kimmel? You. You have blood all over your freaking hands just like the rest of liberal Hollywood for pushing unending violence on one hand and trying to snatch our right to self-defense on the other. You created this violent environment. So, belly up to the bar, big boy. 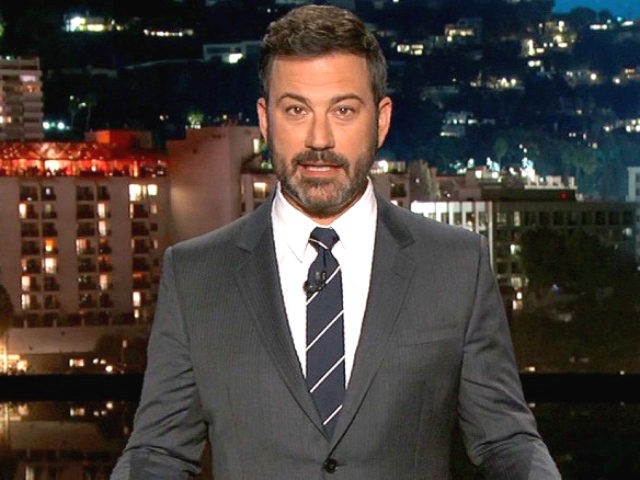 It’s not business as usual either. The commie left has torn this nation apart. We are practically at each other’s throats in the streets and that was the plan all along. Your open borders policies and lax vetting procedures for refugees and immigrants have opened the door to terrorists and your hate has fueled domestic terrorists. The violence is almost exclusively coming from the left and you have the nerve to paint gun advocates as responsible for the murderous actions of an unhinged demon? You have no conscience or soul, Kimmel. In the end, you don’t care about those who died or were wounded in Vegas, forever changing their lives. You care about communist gun control, pure and simple.

Celebrities pounced on gun control after the slaughter just like jackals on a fresh carcass. They didn’t even wait two hours before starting to demand guns be taken away from all Americans, Kimmel included. Instead of helping those hurt and the families of those killed, they stood knee-deep in the blood of the murdered victims to push a political agenda. Kimmel’s comments both nights were misleading and false. He downright lied about gun laws, certain types of firearms and Second Amendment legislation pending before Congress. He tried to inflame people against those that support the Second Amendment and against President Trump. Some would call that incitement and they’d be right.

Kimmel, all smug in his Marxist ideology, is nothing more than a well-dressed, coiffed communist. He made no apology for lying or trying to push hatred against constitutionalists in the name of safety that doesn’t exist in the real world. His tears were fake and forced and he no more feels sympathy for those who were cut down in Vegas than he does those that support President Trump. He should at least have the balls to admit to his bias and hatred, instead of hiding behind thinly veiled humor. He stood on the First Amendment to call for the abolition of the Second Amendment. Which of course leads to the death of the First Amendment. Mocking is the dolt’s form of sarcasm and Kimmel’s got it down pat.