Gwyneth Paltrow swooned at the feet of Barack Obama at an LA (Mandeville Canyon) fundraiser this week. Gushing in full sycophant mode: “You’re so handsome that I can’t speak properly,” and declaring that Obama should be given all the power he wants… she evidently didn’t give a darn about dissing her wealthy neighbors in her pursuit of Marxist love[1]. 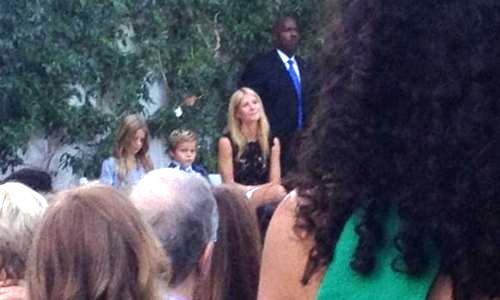 There has been plenty of focus on actress Gwyneth Paltrow‘s embarrassing adulation of President Obama during a Friday fundraiser held at her Los Angeles home, but her neighbors were not nearly as enamored.

Some want to kick the A-list actress out of the upscale neighborhood because of the event, which cost $1,000 to $32,000 per head.

“Traffic stood still, children were stranded at school, residents could not leave their own driveways,” The New York Times[4] reported. “That’s not the way life is supposed to be lived in Mandeville Canyon.”

My absolute favorite quote was from her neighbor Bret Lewis: “She belongs in the movie theaters, and President Obama can entertain in the Staples Center.” Actually, Paltrow and the other Marxist/elitist stars are very comfy in their orbit around President Obama. They only care about the “in” crowd, power, money and fame – Shallow Paltrow strikes again.