At this point, I’m 99.99% certain that people are creating things out of thin air in order to be controversial. I mean really, what is the point of saying something like this other than to rile people up? She’s not stating this as a fact, as it is extremely unlikely that God came down to have a candid chat with a popular author over some tea. This is a pitiful attempt to rile up Roy Moore supporters from all the way across the pond simply because she can.

This bugs me to no end. I get posting things that are controversial yet true because most things that are true are going to bother someone. That being said, just trolling and posting statements that are devoid of fact is ridiculous and something that I hope we can leave in 2017. The world needs a lot less fake news.

Until then, we have author J.K. Rowling claiming that God is a black woman. 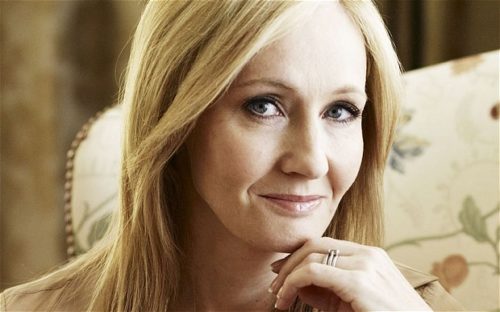 The “Harry Potter” author issued a tweet on the 13th following the Doug Jones victory in Alabama over opponent Roy Moore. It is perhaps one of the most ridiculous things I have ever seen in my life.

Narrator's voice: Roy was right. God was in control. What he didn't realise was, She's black. https://t.co/pCpVifXgbq[2]

Now that whole “she’s black” thing is likely a reference to the fact that most of the African American women who came out to vote in that election voted for Doug Jones, with some places seeing as high as 98% of the black women swinging in his direction.

When she talks about God being in control, she is once again probably referring to the fact that Moore refused to concede and stating that “God is in control” of the election, and it will turn out as He sees fit.

Now I’m not religious and I’m not Christian, but I don’t see any reason for Rowling to make a comment like this. If I’m being completely honest, I don’t see the need for her to make comments on American politics at all, given that she doesn’t live in the United States and her opinion is more worthless than rat dung on a wedding cake.

I’ve been a huge Harry Potter fan for years, reading the books over and over as I grew up. I’m going to continue to be a fan, but I wish she would just stop. This is painful to watch and all she’s successfully doing is alienating people who might otherwise buy her books, movies, merchandise, etc.