This is a few years old[1], but even more relevant today. Americans are sick and tired of celebrities in Hollywood and across the planet mouthing off about things that they know nothing about… spewing Marxist platitudes that don’t impact them, but have horrific effects on the rest of us. Lately, we have seen big celebrities like Katy Perry, Johnny Depp, Rob Reiner and a whole list of others say terrible things about President Trump and who embrace social issues that are perverse and in some cases deadly. They hide behind their wealth and the gates and walls of their estates and push politics that subjugate Americans and enslave them to socialist policies. Gwyneth Paltrow is one of the worst and one the dumbest of the bunch.

Paltrow should never have provoked a certain Green Beret. She once compared reading mean tweets on the Internet to facing combat as a soldier, but she was quickly put in her place by someone who actually fought in combat. The response from Special Forces veteran and Purple Heart recipient, Bryan Sikes, is simply epic and it is a reminder that as loud as Hollywood is, they don’t speak for all of us and never have. This guy takes snark to a whole new wondrous level and smacks Paltrow nine ways from Sunday. 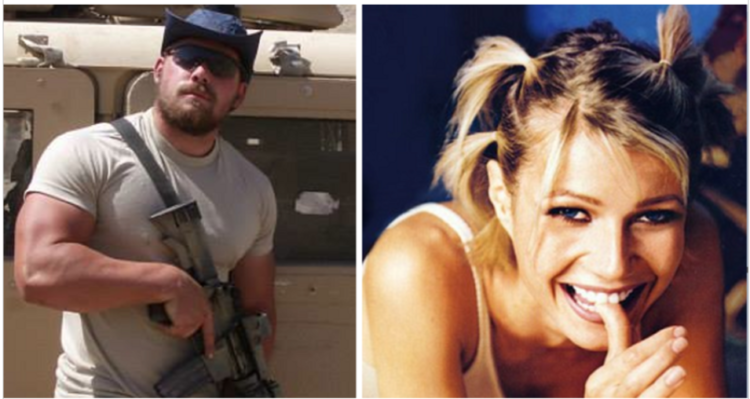 I’d first like to start out by saying how terrible I feel for you and all your friends that on a daily basis have to endure mean words written by people you don’t know. I can only imagine the difficulty of waking up in a 12,000 square foot Hollywood home and having your assistant retrieve your iPhone, only to see that the battery is low and someone on twitter (the social media concept that you and all of your friends contribute to on an hourly basis to feed your ego and narcissistic ways), has written a mean word or 2 about you. You’ve hit the nail on the head, war is exactly like that. You should receive a medal for the burden you have carried on your shoulders due to these meanies on social media.

You said, “Its almost like, how in war, you go through this bloody dehumanizing thing and then something is defined out of it.” I could see how you, and others like you in “the biz”, could be so insecure and mentally weak that you could pair the difficulty of your life on twitter to my brothers who have had their limbs ripped off and seen their friends shot, blown up, burned and disfigured, or wake up every morning in pain – while just starting the day is a challenge. How about our wives? The ones that sign on to be there for us through thick and thin, that help us to shake the hardships of war upon our return? And do all this while being mothers to our kids, keeping bills in order because we are always gone, and keeping our lives glued together. They do all this, by the way, without a team of accountants, nanny’s, personal assistants, and life coaches. Yeah, reading a mean tweet is just like all that.

You know what is really “dehumanizing”, Miss Paltrow? The fact that you’d even consider that your life as an “A-list” celebrity reading internet comments could even compare to war and what is endured on the battlefield. You and the other “A-listers” that think like you are laughable. You all have actually convinced yourselves that you in some way face difficulty on a regular basis. Let me be the first to burst your bubble: a long line at Starbucks, your driver being 3 minutes late, a scuff mark on your $1200 shoes and a mean tweet do not constitute difficulty in the eyes of a soldier.

Understand me when I say this: war does not define me. It is a chapter in my life that helped shaped me. Being a husband and father is what defines me. Remember, sticks and stones may break my bones but words will never…be close to what war is.

Paltrow has no idea what it means to fight in combat… to fight for something you believe in… to be willing and ready to die to protect others. Tweeting just isn’t quite up to par here, honey. She has no idea what fear and adrenaline feel like in a life and death situation. She can’t even fathom the filth, sweat, blood and pain that is on a battlefield. She can’t relate to the families of soldiers either who have no idea if they will see their loved ones ever again, or how they will even pay next month’s bills… so give us all a freaking break and shut the hell up.

These are the same liberals who are now calling for a sitting President to be assassinated, along with his Cabinet and other Republicans. These are the leftists who lose their ever-loving minds over a video meant to be funny of the President beating up on CNN. Perspective, y’all. Soldiers who fight and die for us so we can enjoy days like Independence Day deserve our respect and adoration. Celebrities who are violent radicals and who are continuously offended, do not.