I really don’t like[1] actor/comedian George Lopez. He’s an uber leftist and a cop-hater. Now, he’s sending a message to President Trump… instead of deporting Latinos to make America’s streets safer, he should “deport the police.” That’s patently insane. Illegal aliens are breaking the law already. To exist, many break other laws and commit crimes such as stealing, murder, etc. Since they are already illegal, some see no wrong in rape either. Lopez would like to get rid of all police, so the Mexican gangs can take over the country; or maybe Mexico can take over America. He’s a racist and he’s inciting revolution and violence against a sitting President and our police.

His post on Instagram enraged many of his fans and he has now set his account to ‘private’. But the Internet is forever and via Breitbart, there is a screenshot below. One commenter, who is also a police officer, said this: “This is a very irresponsible comment bro. You have really disappointed me bro, I thought you were better than that.” I didn’t… that’s vintage Lopez. “Not cool @georgelopez. I’m Latina and I’ve been pulled over more than enough times for speeding. All but one cop were nice and respectful,” wrote another fan. “I realize there are some bad apples in the bunch but your statement puts all cops in the bad bunch category. Please stick to comedy. You’re not that funny when you bring politics into your posts.” Boy, isn’t that the truth. 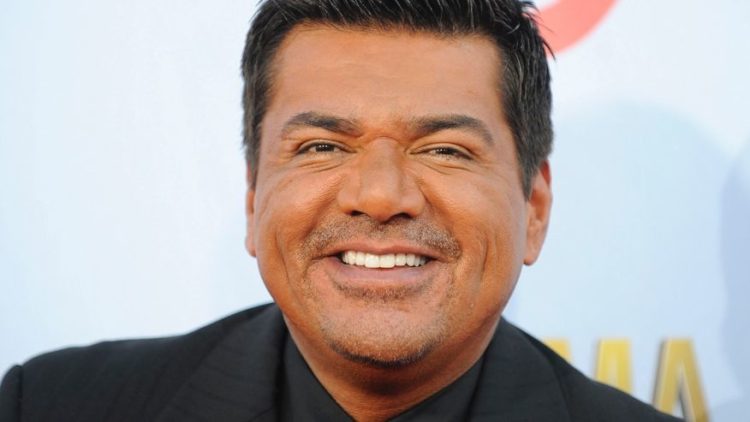 George Lopez believes Donald Trump should be deporting police officers instead of Latinos if he wants to make the streets safer.

The comedian posted the controversial comment on Instagram over the weekend and has since made his account private, likely due to negative backlash[4] from fans who are telling him to “stick to comedy.”

“This is not an indictment of all Law Enforcement, some still just beat you,” Lopez added in the comment.

Of course, this angered many of Lopez’s fans and they haven’t hesitated to voice their frustration with the comedian in the comments. A particularly striking comment came from a Hispanic police officer and former fan who claimed to be mistreated by Lopez at one of his shows.

“Hispanic police officer along with my wife, I have served 16 years, my wife 10. I have a younger sister half Hispanic and black and she served 7 as a police officer,” the man wrote. “I paid to meet you two years ago at the Majestic Theater in San Antonia. I remember being excited in getting to meeting a Hispanio I was proud of. You found out my wife and I were police, joked by assuming position against the wall. We were escorted out, my sister was in line behind us kept quiet after a comment was made when my wife and I left, about police.”

More from another fan: “Keep calm george…i got two brothers that are police officer ..and we are Mexican/Americans..” And one that puts Lopez in his seat: “That comment is fck up many latinos who fought hard and became cops #alllivematter puto.” Lopez has a hate thing going on for President Trump and police in general. He’s been saying nasty things about them for a long time now and he’s not remorseful in the least. He flat out told TMZ that there were enough racists in this country to get Trump elected. Trump may be many things, but he is not a racist… but Lopez definitely is.

Ever classy, Lopez led a chant against Trump at a concert referencing profanity and a male whore. I won’t repeat his response when asked if he would give Trump a chance… let’s just say he declined. This jerk won’t even meet with fans that are police AND Hispanic. This is a man who is a nationalist for Mexico, not America. He takes his cop-hatred way over the line and he’s proud of it. I can’t imagine anyone wanting to go to one of his shows. He’s a vile leftist radical… how about we deport Lopez? 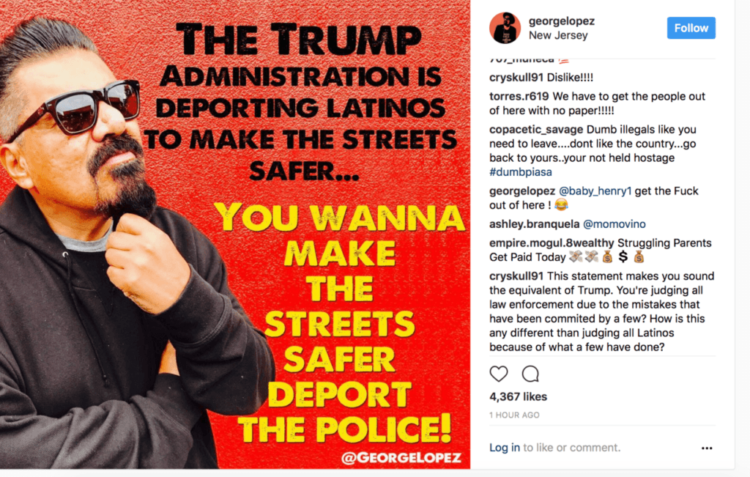