Hollywood has been absolutely losing their minds (not that they had that far to go) since the election of Donald Trump as President and some of the comments they’ve made have been eyebrow-raising. What Judd Aptow just said, however, is absolutely horrifying.

Feminists should be outraged over this statement, but odds are they’ll justify it because it was used to bash the Trumps. 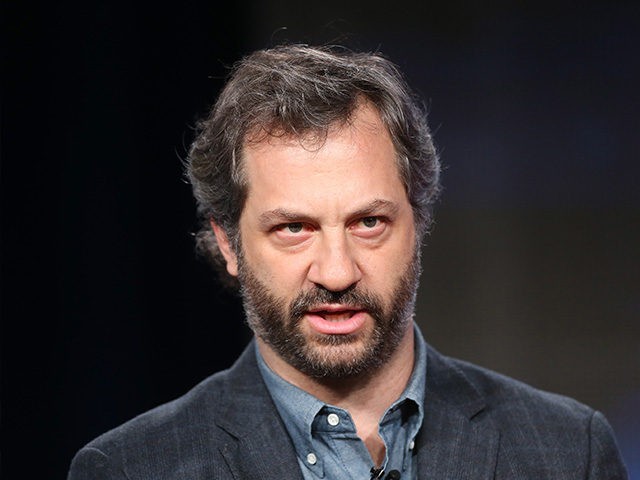 “Comedian” Judd Aptow thought he’d be a big, strong man and take on Melania and Barron Trump in his profanity-laced stand-up routine over the weekend.

Hollywood comedy guru Judd Apatow took on President Donald Trump, his wife Melania, and their son Barron over the weekend in an obscenity-laced stand-up routine.

Apatow, the writer-director who launched Lena Dunham’s career and co-created HBO’s Girls, began his comedy set by describing his feelings about Trump’s election and his presidency.

When Trump was elected, Apatow said, according to the Daily Beast, he felt like “a person about to get raped, but I didn’t know how bad it would be.” Now that Trump is president, “I feel like I’ve just been raped and I just don’t know if I’m going to get murdered.”

Later, he aimed his on-stage insults toward the first family.

This “man” is absolutely disgusting and not in any way funny. He should be ashamed of himself, but I don’t think he has any shame.