Hollywood STAR: ‘We Did Look Into’ Housing Syrian Refugees, Decided Against It

Only a Hollywood celebrity could get away with this kind of hypocrisy. And he’s a Brit to boot. Sherlock star Benedict Cumberbatch, who has also starred in a whole host of popular shows like Star Trek and The Hobbit series, decided in 2015 to get all righteously indignant because the British government would only take in 20,000 Syrian refugees. The horror! “F-ck the politicians” he thundered, before asking the audience to contribute money to the cause. “We’ve got to do something about it,” the pompous ass insisted.

Fast forward to two years later and he claims he “did look into” housing them and then decided against it. “[P]eople were saying, ‘You’ve got a home, why don’t you house refugees?’ And we did look into it. But we had, then, a very new baby – maybe four or five months old. Maybe people had a point. I understand why some might think I should be housing people instead of complaining about a government not doing it. But I was trying to raise awareness that we can do more as a society. Because I do feel we are able to do more than just recovering bodies.” In other words, he’s demanding something be done, he just doesn’t want to do it himself. Typical.

You know that none of those refugees or any others will be settled anywhere near this multi-millionaire actor. Not a chance. And if he was so concerned for them, he has the means to buy housing for them and put them up. But he’s just objecting because politically it’s cool. He doesn’t want to waste his money on filthy riff raff. Don’t be crass.

No, instead… he wants the common people to foot the bill. To live with the crime and the fear of having women raped. He doesn’t care about disease or gangs and the spread of radical Islam because he’s ‘above’ all of that. This is classic limousine leftism. All hot air and no intent. He plays the do-gooder, but any good that is done should be taken care of by the masses, not the famous and the wealthy, for heaven’s sake. 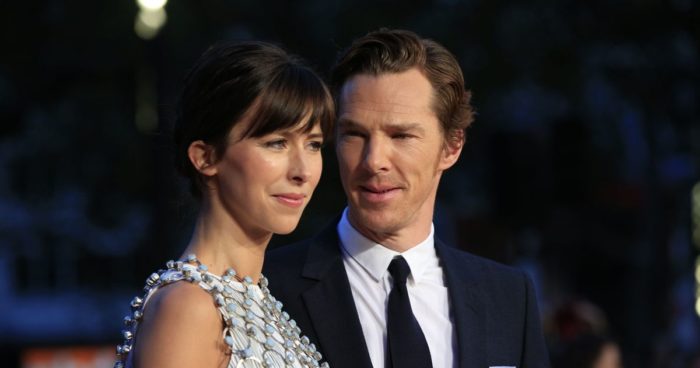 Comberbatch will never lose his job to a refugee. He’ll never be attacked by one. His children are protected from them. He will never be affected by them one way or another. And he doesn’t give a damn about anyone else. This is the type of person that spouts a form of elitist morality over cognac, never intending in the least to carry through on it. Just tacky and disgusting.