We already knew that Sarah Silverman isn’t funny, but now we also know she’s not very smart either[1]. 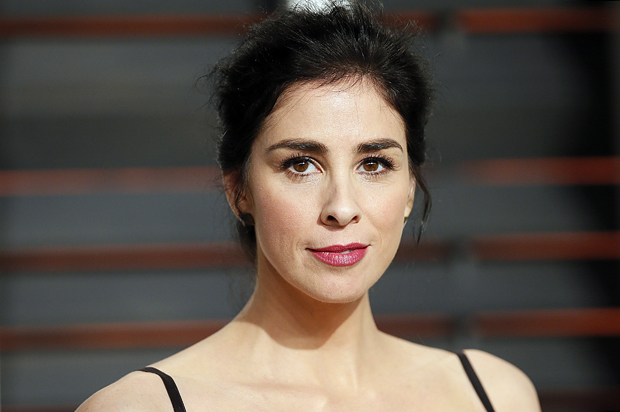 These are the geniuses identifying Nazis to be punched. pic.twitter.com/7RpFbOJJDn[3]

The 46-year-old comedian wrote that she was on her way to get coffee when she noticed the markings on the sidewalk.

“Walking to get coffee saw these all over a sidewalk in the town I’m in. Is this an attempt at swastikas? Do neo nazis not have google?” she wrote.

Of course, Silverman’s followers were quick to point out that the markings were, in fact, innocuous markings used in construction, often to designate a spot for which there is a pipe or a wire underneath.

Others simply ridiculed the comedian for her post, attributing other innocent, everyday situations to the work of nefarious extremists.

…After realizing her mistake, Silverman posted a series of follow-up tweets in which she explained that she has begun to see swastikas “in everything” due to the country’s current political climate.

Speaking of Nazis, it’s worth remembering that this is the same person who called for violent, military coup in the US earlier this month.

WAKE UP & JOIN THE RESISTANCE. ONCE THE MILITARY IS W US FASCISTS GET OVERTHROWN. MAD KING & HIS HANDLERS GO BYE BYE❤❤❤❤ https://t.co/Y2WZbL012A[5]

They say that if every person you talk to is a jerk, then actually you’re the jerk. Similarly, if you see Nazis everywhere, maybe you’re the Nazi.