Inside Scoop: Meryl Streep’s Oscars Dress: How She Cost One Designer $105,000

Mentioning ‘class’ and the name ‘Meryl Streep’[1] together is something you won’t hear much, if ever. Many designers want famous celebrities to wear their gowns. They alter them and lend them out. For the really famous, they will even gift the gown to them. At the top of elegance in this department is Chanel. Legendary fashion designer Karl Lagerfeld, head designer and creative director at the French design house, created a masterful embroidered gray silk gown that was exactly what Meryl Streep wanted to wear to the Academy Wards. She requested it be made for her, only with a different neckline. After the dress had been sketched and started, Streep called a halt to it. “I made a sketch, and we started to make the dress,” Lagerfeld told Women’s Wear Daily. “Days later, a phone call came in from a member of Streep’s camp. ‘Don’t continue the dress. We found somebody who will pay us.”

So, because someone offered her money, Streep reneged on an order for a $105,000 custom dress. It would serve her right if Lagerfeld sued. She must be hurting for cash. What a classless thing to do. I would bet if Chanel had offered her a bribe and a free dress, she would have jumped on it. What an opportunist and that is just crass. It gives distinction to ‘fashion whore’. 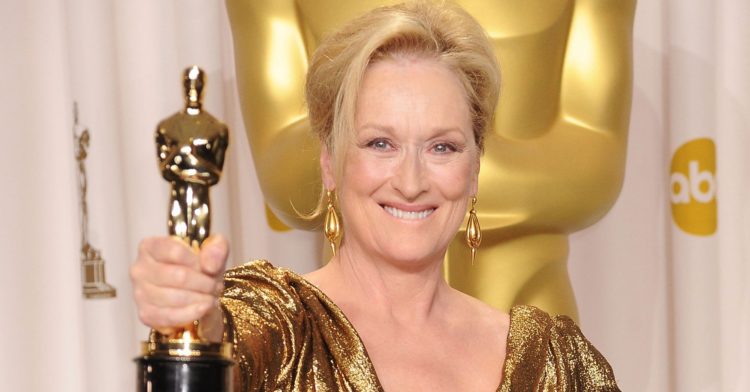 Did you ever wonder where actresses get those fabulous (and sometimes not) red-carpet dresses?

It depends. If you’re a newcomer or not a sample size (code for teensy-weensy) a powerhouse designer isn’t going to dress you, period. This is business, and they can’t take the risk. If you are able to get something pret-a-porter (off the rack, but it’s a designer rack) money rarely changes hands, according to Shape[3].

If you’re a middleweight celebrity, “your people” attend an invitation-only fashion event where designers befitting your stature beg you to wear their clothes. This process represents a serious investment for the designer: You’re a hit, and they’re a hit. You flop or the dress flops, and their second mortgage is flushed.

The designer may cough up some cash for the publicity, or at least give you a pretty cool “goody bag.”

Turn up the dial to A-list actress, and you’re a queen. They create half a dozen for you. They alter them to your specifications. They even, according to Business Insider[4], pay you to wear the dress. All so that when a talking head says, “Who are you wearing?” your face will glow as you speak the designer’s name in reverent tones.

Then we have Meryl Streep[5]. At her level, they pull out all the stops. Nothing she asks is too much. She even, unlike most others, gets to keep the dress. What designers don’t do at that level is offer a bribe for wearing the dress. It is considered insulting and (dare we say it?) classless.

Karl Lagerfeld. “We give them dresses, we make the dresses, but we don’t pay,” he said. And I don’t blame him, it’s an insult. And a killer closing quote: “A genius actress, but cheapness also, no?” Well, I certainly would not call her a ‘genius’ actress, but cheap? You betcha!

And Streep’s lameness[6] and classless persona knows no bounds… you know how she accepted an Oscar nomination this year? With a dancing gif… I kid you not. That just screams ‘stupid’. She is up for Best Actress at the 89th Academy Awards for Florence Foster Jenkins – Streep is unlikely to win this year, but it’s her 409th nomination at a major awards ceremony. For what? I’ve seen her movies… she’s horrid. Sorry, just my opinion and as far as politics… she’s a raving moonbat. Hey, but at least she’s a cheap one. 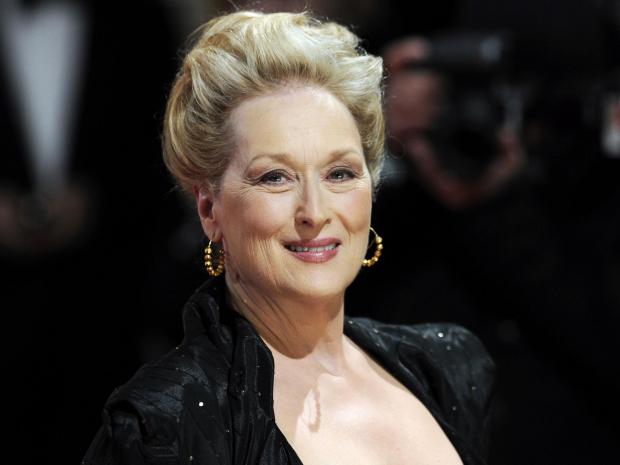 This is Meryl Streep's #Oscars[8] nomination statement. Seriously, she sent a gif. pic.twitter.com/wa18Jix6Vf[9]