Most celebrities tend to be liberal and in recent weeks, several celebrities have also entertained violent fantasies against Donald Trump. Others reacted to news of the Alexandria shooting by exploiting the tragedy to push their own anti-gun agenda. But some are still able to rise above the politics to be decent human beings. U2 frontman Bono is one of these celebrities and he showed it with a statement he made at a recent concert[1]. 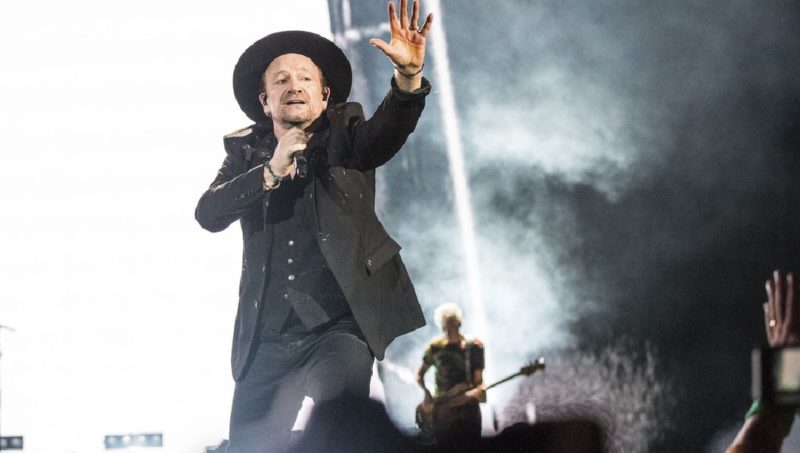 Steve Scalise was shot recently during a congressional baseball practice in Alexandria, Virginia. The shooter, James T. Hodgkinson, was a progressive Bernie Sanders supporter who was specifically looking to target Republicans. Scalise was shot in the hip and three other people — a congressional aide and two Capitol Police officers — were also shot. One of the injured officers, Crystal Griner, managed to return fire and take Hodgkinson down; he later died of his injuries.

After the shooting, multiple celebrities responded not with well-wishes for Scalise, but by promoting their own liberal agenda. Actor Jeffrey Wright tweeted, “Too many stupid asses in our country with too many f***ing guns.” Actress Julianne Moore said that she hoped the shooting would encourage Congress to act on gun control. Democratic strategist James Devine responded by launching the Twitter hashtag “#HuntRepublicanCongressmen”.

But Bono rose above politics during his concert. Instead of launching into a political tirade or using the shooting to force an agenda, he chose to be uplifting. “We are so grateful that Congressman Scalise and his comrades made it through. So grateful,” Bono said. “We hold him up as love holds us all up.”

It’s sad that more celebrities can’t put their politics aside and have some simple human dignity after a tragedy. Kudos to Bono for showing the kind of decency so many others lack.