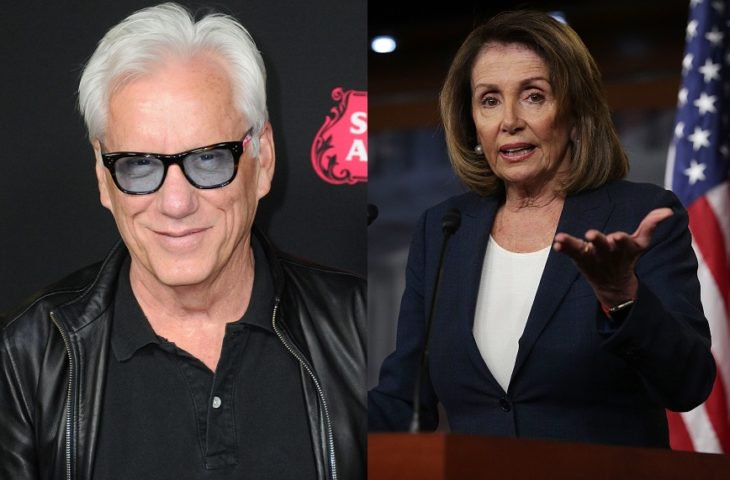 Nancy Pelosi, who has been struggling with “brain freezes” in public and a cool approval rating from within her own party, sent out a long tweet looking to attack the Republicans.

Clearly written by an overpaid staffer attempting to build a grand, quotable moment that will go down in history as a brilliant warning, it was quickly smacked down by the much less uppity-sounding actor James Woods. Here’s what Pelosi wrote, or rather, what one of her highly paid staffers wrote:

Yet the @HouseGOP just voted to do exactly that #StopCCR

Pelosi means the Concealed-Carry Reciprocity bill that would allow a concealed carry user from one state to have their gun to remain quietly armed and pass over while they visit a second state, regardless of the status of concealed carry in that second state. It’s been decades since Nancy had to run her own errands and probably has no love for the people who live on borders of other states. Someone with concealed carry in their car would normally break the law if they drove 20 minutes into another state to run an errand and I can imagine that the vast majority of people who want this legislation to go through are the ones who want it for the sake of convenience and to be able to travel freely across state borders.

Pelosi thinks the CCR bill is just a way to allow felonious wife-beaters to chase their victims down without stopping at home to drop their guns off, first. So James doesn’t bother trying to argue specifics:

Honestly do even you cringe when you lie with such alacrity? #BotoxBonehead[2] https://t.co/SzTJzyBkWn[3]

Pelosi, at 77, is definitely a user of the injections to stay young. There’s no reason to argue with her reasoning since it’s so out of this world, so you may as well just ask her how on earth she can survive while dishing out such lies.

So, what gives James Woods the ability to be so outspoken? He once tweeted that the “only reason [he can] express [his] views is that I have accepted the fact that I’m blacklisted. Also I bought Apple stock in the 80’s.” Even with that, he announced just after the election of Trump that he sold all of his stock in the company due to “Tim Cook’s liberal nonsense.”

A few weeks ago, he let loose on Democrats, blaming them for the persecution of Christians, the acceptance of “barbarity in the form of Islam,” taxing hard workers, letting “boys in girl’s locker rooms,” letting women “kill their offspring” and letting illegals and criminals into the country[5].