Jennifer Lawrence: Recent Hurricanes Are A ‘Punishment’ To Conservatives For Electing Trump [VIDEO] 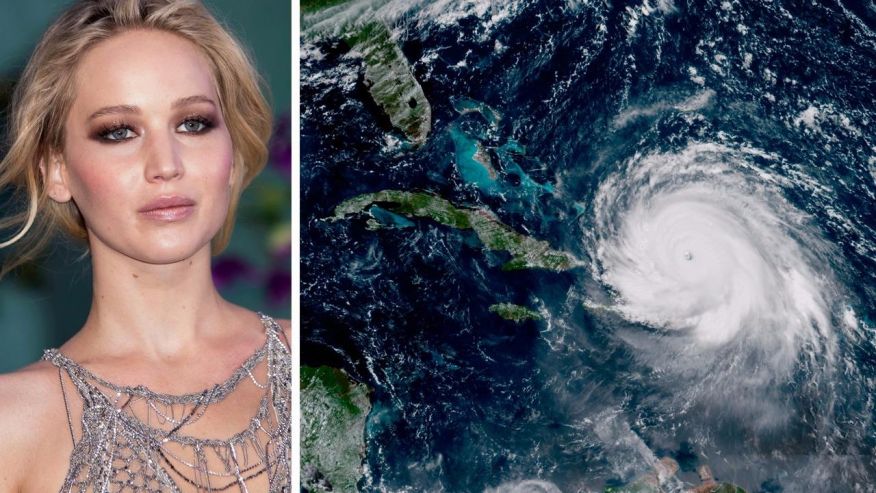 Recently while speaking to a member of the British media, she gave her opinions on topics like the made-up gender pay-gap and the environment. If there’s anything I want out of my actors and actresses, it’s their political opinions. Boy oh boy, I don’t get enough politics everywhere else in my life, so I’m really excited when the people who make millions upon millions to entertain me at the movie theater can get all political too. My guy tearing my ticket or selling me candy at the counter doesn’t get a chance to bring up his feelings on Donald Trump, but Jennifer Lawrence sure does!

In the interview which was apparently supposed to focus on promoting her new film Mother!, J-Law gave us the hottest take on the awful hurricanes devastating the mainland US and the Caribbean islands:

“It’s scary, you know? It’s this new language that’s forming, I don’t even recognize it. It’s, um, also scary to know that it’s been proven through science that human activity, climate change, is due to human activity, and we continue to ignore it. And the only voice that we really have is through voting… and we voted, and it was really startling… watching these hurricanes now, and it’s really hard, especially while promoting this movie not to, not to feel mother nature’s rage and wrath.”

Her interviewer pushed further, clearly wanting Jennifer to get into a rant about that evil man in the White House.

“It’s really polarizing and upsetting. I’ve heard things and seen things on TV in my own country that devastate me and make me sick, and it’s just really confusing.”

“I don’t find him confusing, I think I know exactly what he is.”

And she gave a little smile. Well, kudos to her P.R. agent who probably pleaded with her to stop ruffling political feathers and shame on the interviewer for trying to push J.Law to openly dump on Trump.

I don’t believe in the hockey stick graph theory of man-made climate change, but I also don’t believe that Mother Nature has the ability to watch CNN and get so mad at America that she cuts a swath of destruction through foreign islands like the Bahamas and the British Virgin Islands on her way to rough up Texans and Floridians.

A year and a half ago, we reported on Jennifer’s diva behavior for calling a foreign reporter “rude.” He apologized to her, but she decided to go even lower.[2]

You can watch the whole interview here, but I already brought it forward to the 11:30 minute mark where she begins her bizarre statements.