It seems that most celebrities support the protests being held at NFL games. What started last season has continued unabated, as players take a knee during the National Anthem to protest police brutality against black Americans. While liberals applaud the protests, other Americans dislike them and ratings for the NFL have been dropping. But there’s at least one celebrity who seems to still appreciate the National Anthem. 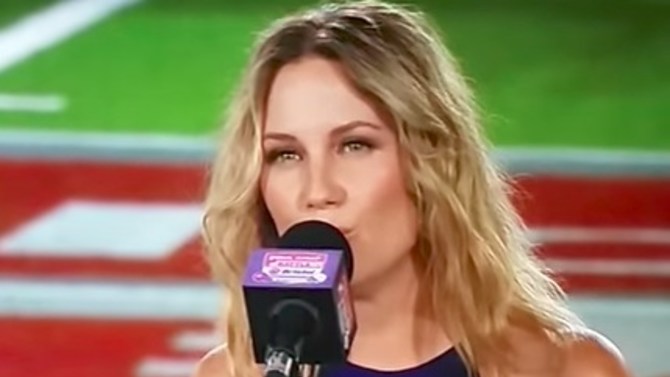 Over 150,000 people showed up to watch the “Battle at Bristol,” during which the University of Tennessee played Virginia Tech University. In addition to the college football game, however, there were multiple performances by country music stars. Kenny Chesney performed, along with The Band Perry. But a highlight of the night was when Jennifer Nettles took the stage.

Nettles is one-half of the country music super-group Sugarland and is known for her powerful voice. She was tasked with singing the National Anthem last year during the “Battle at Bristol,” when the protests had just begun and debate surrounding them was at a fever pitch. 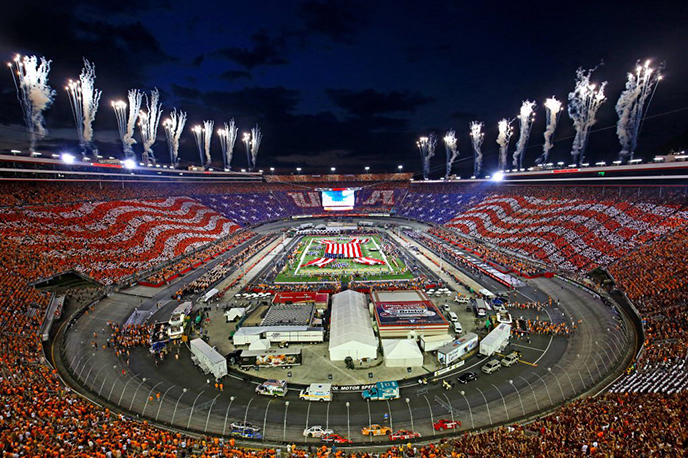 This game, however, was patriotic to its core. An announcer kicked things off, asking, “Please rise and take off your hats.” Nettles was ready and delivered an amazingly powerful rendition of the National Anthem. The stadium had a flag waving at midfield, with red and white stripes and the letters “USA” in the seats. There were also fireworks and a flyover — but it was Nettles’ performance of the National Snthem that was memorable, even a year later.

“What a way to get things started!” the announcer said, while the crowd cheered.

Meanwhile, a year later, singers are kneeling while singing the National Anthem. Singer Meghan Linsey, who gained fame after appearing on the reality competition show “The Voice,” knelt after singing the anthem before a Tennessee Titans game. “I kneeled in solidarity with the players and for those who experience racism and police brutality on a daily basis,” she wrote in a statement. “I love the American flag, but a symbol is nothing without the people it represents, so yesterday, I kneeled for those who are mistreated, beaten down and disregarded. It was never a choice for me as to whether or not I would show support for many of my fans and friends who have a heightened level of anxiety and fear because of the hateful, polarizing rhetoric from the President perpetuating a dangerous climate.”

ICYMI: The Titans & Seahawks remained in their locker rooms during the national anthem while the singer took a knee during her performance. pic.twitter.com/WBo5bNv7AC[3]

“I will never normalize hate, whether that angers people or not,” she added.

Maybe Jennifer Nettles needs to be brought back to football again.