It seems like the “in” thing now is to bash the President on your late-night show and it appears to be going well for people like Stephen Colbert and Trevor Noah who routinely harass Trump on television.

It’s much braver, in my opinion, to just do your job without trying to interject politics into it. I mean seriously, nobody used to watch those shows to have their political values belittled. They used to be entertaining, where you would have a chuckle or two and then the host would interview celebrities and ask them awkward questions.

That’s not the case anymore.

But Jimmy Fallon is refusing to buy into the Trump-bashing and is instead sticking to what he does best – telling jokes that everyone can laugh at. 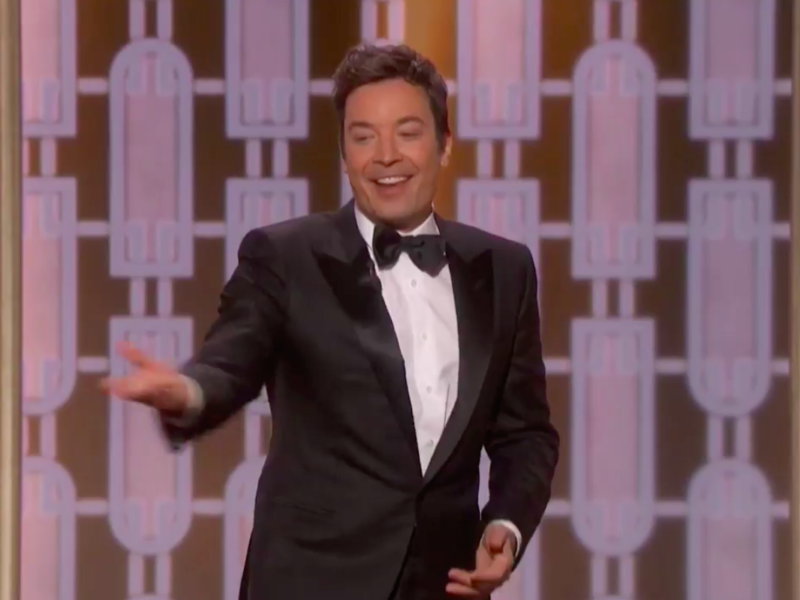 Fallon has made it clear that he doesn’t want his show to take on a political bias like some of his peers have done. While on the “Today Show” on NBC, he explained the rationale behind not ripping on the President.

“It’s just not what I do,” he said. “I think it would be weird for me to start doing it now. I don’t really even care that much about politics. I’ve got to be honest. I love pop culture more than I love politics. I’m just not that brain.”

WATCH: "Do you ever feel pressure to talk about Donald Trump or to go political?" @williegeist[2] asks @jimmyfallon[3]. More on #SundayTODAY[4] pic.twitter.com/7I0ahjiHJi[5]

He’s also stated that he believes a lot of what is going on in our country right now to be “too serious” to be turned into a comedic routine.

He has made some jokes about Trump in the past, but they don’t bash his leadership style or anything that he’s doing as President. Instead, they’re just… funny.

Don’t get me wrong, it’s not that I believe politics to be something that should not be joked about. Anyone who knows me knows that I will find the humor in anything and especially when it comes to politicians.

The problem we have here is that these late-night hosts aren’t actually telling jokes, they are mocking the political beliefs of half the country and are alienating that part of their audience. Liberals and progressives laugh not because they think that these people are funny, but because someone popular is validating their political ideology.

People are quickly becoming weary of having politics creep into every aspect of their lives. It would be great to be able to flip on the television and have someone tell me a joke that doesn’t compare the President of the United States to the dictator in North Korea.

I am thankful for people like Fallon, who are keeping it real and not trying to pander to a niche audience.