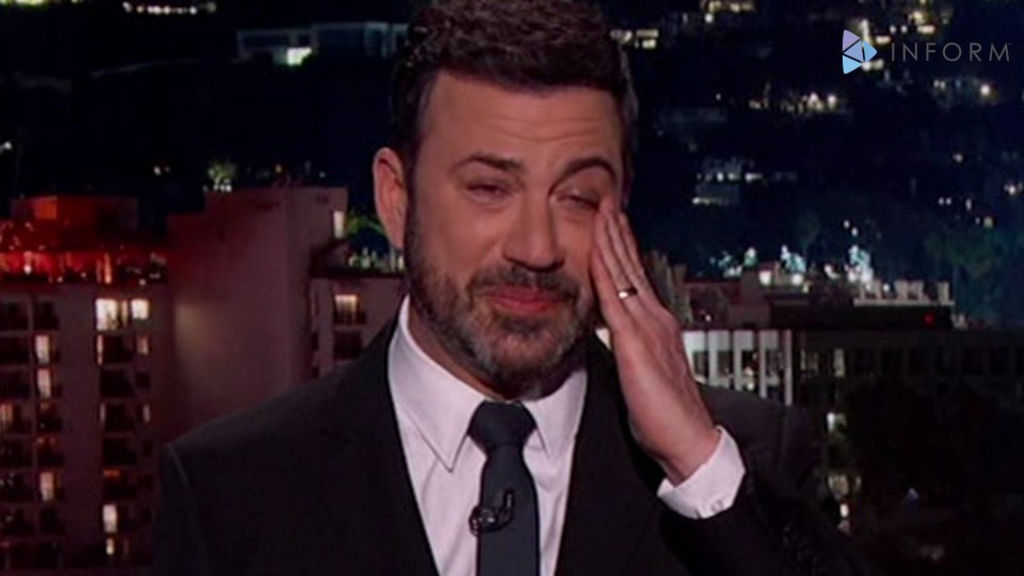 On his late night Jimmy Kimmel Live show, its host spent some time during his opening monologue insulting Fox News host Brian Kilmeade in an attempt to embarrass him before threatening to beat him up.

“Oh, but Margaret,” you’ll say, “Kimmy didn’t really threaten to beat up a Fox News host, he’s not serious when he says that!” Well, I don’t think the left would have the same generous reaction if Tucker Carlson or any Fox News host threatened to whale on a celeb.

After the Emmy’s, Brian Kilmeade commented that Kimmel was a member of the “Hollywood elite” and said that the elites including Jimmy Kimmel used the lowest-rating Emmys in history to push their politics.

“He’s such a fan … he follows me on Twitter. He asked me to write a blurb for his book, which I did. He calls my agent looking for projects. He’s dying to be a member of the Hollywood elite.”

Kimmel also said that Kilmeade kisses his behind like a “little boy meeting Batman,” which I think is Hollywood Elite-speak for “Kilmeade is polite to me.” Kimmel went on to say that nobody will hire Kilmeade to be a member of the Hollywood Elite and that’s why he’s stuck taking shots at them.

Kimmel went on to say that the real reason he’s so steamed is that his son recently had an open-heart surgery and needs two more. “I learned that there are kids with insurance in the same situation.” If you expected his next comment to be “…and I’m going to personally pay for their operations!” you’re incorrect.

Instead, Jimmy went on to say:

“I don’t get anything out of this, Brian, you phony little creep. Oh I’ll pound you when I see you.”

This week, Kimmel has been focused on Sen. Bill Cassidy and an alleged lie that Cassidy had told, indicating that he had no intention to help pass a bill to ensure affordable healthcare.

If you remember, just this month, Jimmy Kimmel decided it was high time to compare Ted Cruz to a sexual predator[2] in a tweet.

Kilmeade’s response goes through his reaction to the monologue and he even takes some time to talk about Kimmel’s son before going on to chat about healthcare reform. “I’m glad you’re interested… but you should actually do what we’re doing, talk to the people who wrote [the new health care bill].” He also touches on Kimmel’s ability to host a sport show and as for the book blurb, Kilmeade said that he wanted Kimmel to be in the book, which is focused on the impact that sports has on the rest of your life and included people like The Rock, Robin Williams and President George W. Bush.