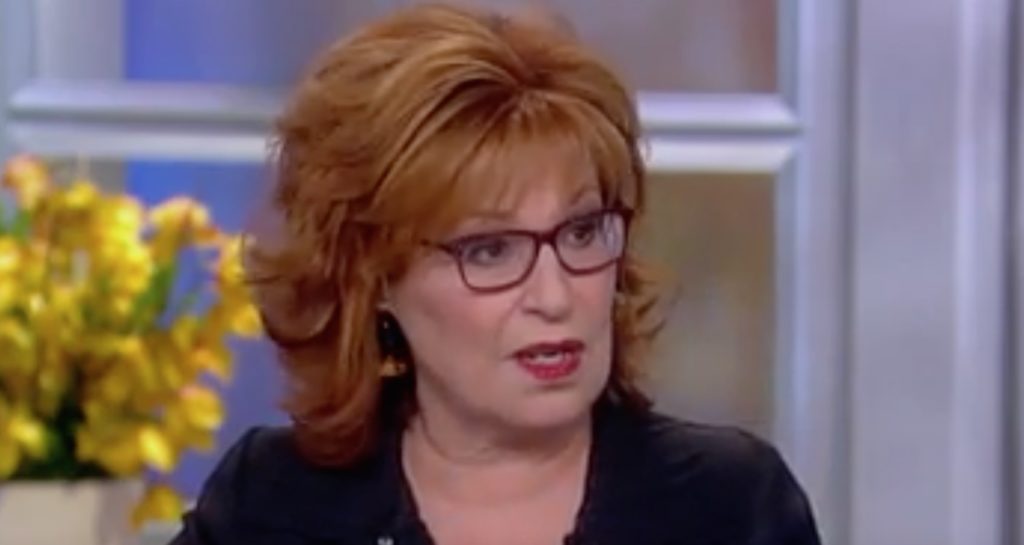 Fighting it out on the View, Joy Behar tries to push that it’s “very brave” to insult Trump. And she would’ve gotten away with it if it hadn’t been for Meghan McCain.

Sunny harks back to 2003 when the Dixie Chicks said that they were ashamed of President Bush, who, being from Texas, was a poor choice of political figures to mock. One, because they were in the country music scene, and two, it’s the President and you’re not being hired for political commentary. Hostin said that they “got a lot of flack for that and they were blacklisted,” despite the fact that several women on the View clearly were outrageously happy at their outburst.

But, Meghan McCain wouldn’t let that conversation go too far, saying that music is a “refuge for conservatives.” Republicans will never get Hollywood celebrity endorsements, but you can always count on a country music singer to speak positively about the conservative side of the political spectrum. She mentions Taylor Swift, saying that she “got a lot of heat for not getting involved in the last election.”

She said it was a bad situation — If you’re “too supportive of Trump, people blacklist you.” And if you say nothing, you’re still blacklisted.

Joy’s response? “All good people” must speak out against Trump. I guess that also means that if you don’t speak against Trump, you’re a terrible person who deserves to have their livelihoods diminished. What was once good table manners — being quiet about politics — is now contributing to the end times.

McCain’s example of Taylor Swift staying quiet is something I often point to — Swift is the top-selling female performing artist for a reason and one of those reasons is that she sincerely does not want to alienate her fans and she pushes back against the politicization of her work. Recently, one of her attorneys has been sending letters to websites that have been implying that she supports the alt right and white supremacy simply because she refuses to recognize the fact that her face and music often pops up on alt right friendly message boards.

Last year, just before the election, the Dixie Chicks along with Beyonce, performed a Beyonce song “Daddy’s Lessons” at the Country Music Awards. Beyonce, as we know, has absolutely zero to do with country music, so fans weren’t so happy to have her on stage. Fans of country music are usually more conservative[2], not to mention pro-police, which is a group of people Beyonce has made money off of being not-so-thrilled about. Remember how she dressed her background performers like a bunch of Black Panthers for the Superbowl?