D-list “celebrity” Kathy Griffin, for some insane reason, thought it would be a good idea to publish a photo of herself holding a bloody, dismembered head that resembled Donald Trump. There was immediate outrage surrounding the photo, even from liberals, and Griffin must have realized that she messed up, big time. She apologized, but it’s too late — the Secret Service has apparently opened an investigation[1]. 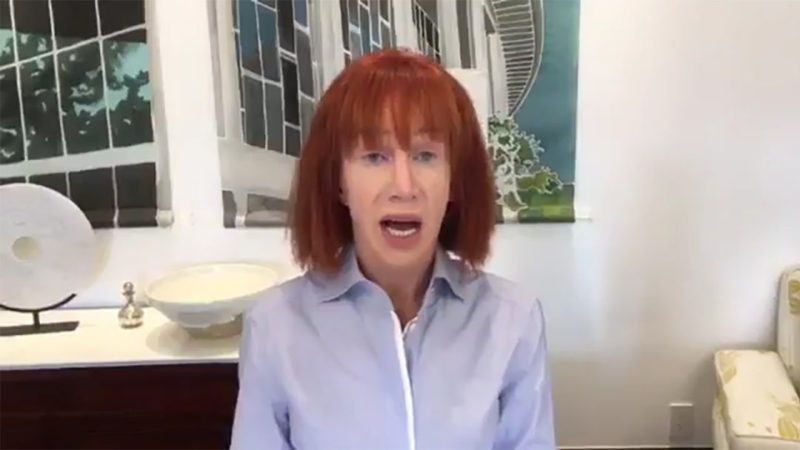 Anything that could be perceived as a threat to the President is going to get the attention of the Secret Service, of course. Griffin’s photo could obviously be seen as encouraging violence against Trump, so it didn’t take long for the agency to respond.

On it! @SecretService[3] has a robust protective intelligence division that monitors open source reporting & social media to evaluate threats

Threats made against @SecretService[3] protectees receive the highest priority of all of our investigations. #ProtectionNeverRests[5]

They then released a longer statement, which didn’t mention Griffin by name, but seemed directed at her regardless. “The U.S. Secret Service has a critical mission. It is always unfortunate when people make statements that could be perceived as threats,” the statement read. “We don’t have the luxury of knowing a person’s intent. Each alleged or perceived threat has to be investigated thoroughly which taxes Secret Service manpower and resources that could be utilized elsewhere.”

Griffin quickly apologized after the backlash reached a fever pitch, but it may be too late for “I’m sorry” now. The Secret Service likely won’t care how sorry she is — and neither does anyone else.