Justin Bieber, 23, has canceled the remaining 14 shows of his “Purpose” tour. Rumors swirling state the reason for canceling the last shows and leaving fans and management stunned, is because Justin Bieber has found himself immersed in religion and wants to explore that path a bit more. Other sources suggest he’s just exhausted. Maybe it’s both? But does one person really need to cancel a tour because they’re tired or found religion? How about taking off a few shows instead?

Bieber’s canceled tour dates have been wildly unpopular, with fans scratching their heads trying to figure out what happened to their young singer. Is Justin Bieber starting a church? Is he cutting out music entirely? Does anyone really know what’s happening to that Canadian with all the young girl fans?

At first, the religious claims were denied, but then there was a claim that said Justin had a “new purpose” in life. How about he finish his old purpose first and put those tour dates back on? By canceling the shows in his “Purpose”[1] tour, he just cut people out of jobs, caused fans not to see his shows and left everyone wondering what the heck happened!

Did Bieber really get tired of music and quit for fun, or did he actually find a spiritual meaning to life? 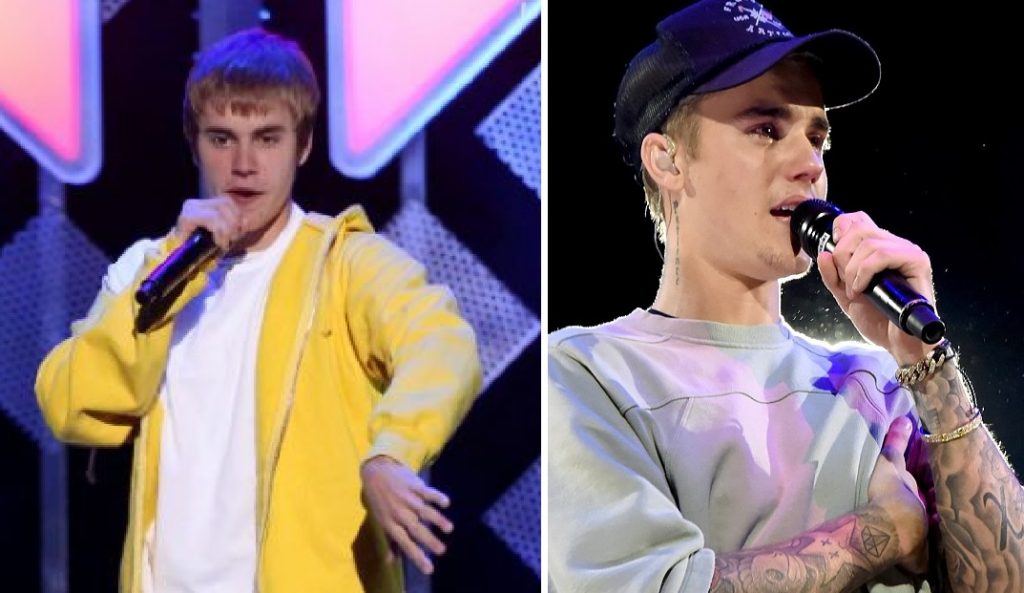 He reportedly made the unpopular decision of cancelling the rest of his world tour to ‘start a church.’

And after denying religious reasons, fresh new claims have emerged of Justin Bieber, 23, experiencing a ‘spiritual awakening’ which has led to a ‘new purpose’ in his life other than music.

According to TMZ, the decision stems from his relationship with Hillsong Church founder Carl Lentz, which allowed him to reflect on his ‘own view on the path in life he should be taking.’

This comes after the What Do You Mean? singer denied that he cancelled his Purpose World Tour to start a church, simply telling TMZ on Tuesday: ‘No, you already know the reason.’

The singer stepped out in Beverly Hills to grab a bite to eat at SugarFish restaurant where he was questioned by TMZ if he cancelled the concerts due to ‘religious reasons’.

While sources told the online publication that the church did not advocate the cancellation of his tour, it was mentioned: ‘He made his decision based on spiritual soul-searching and his own view of the path in life he should be taking.’

The Canadian singer, who has an ‘intense’ relationship with Lentz, was also described as the ‘Tom Cruise of that church.’

If Justin Bieber created his own church or religion, then what would it be called? Would he sing there every Sunday? If he’s going to sing, then he may as well get paid for it. Is he going to hold church in a different stadium each week and have a religious concert?

Is Bieber trying to send a message to fans that music isn’t everything? Well, to some people it is. If music is your passion, then maybe that IS your everything. People have different passions in life and that’s what helps make us all unique. If Bieber ditches music, then what’s his new passion? Enjoying his life? Traveling?

Musicians don’t just quit music. They always find a way back one way or another. Whatever Bieber does with his life is his decision, but I still think he should have finished his tour and gave his fans one last exciting performance before taking a break. No matter what Bieber does with his new spiritual findings, you can bet he will be back at music sooner than you think.

Once he hangs out with the “bad” crowd again, he’ll be back to his normal self.

Britney Spears went nutty one time, even shaving her head and going berserk. It’s like Justin Bieber is going the opposite. He’s become super tame, lame even, and we’re not sure what to expect from him next.

Lastly, why the heck am I writing about Justin Bieber?