Katy Perry Response to Manchester Bombing: ‘No barriers, no borders, we all just need to co-exist.’ [VIDEO]

The Manchester bombing shocked the world and sent a country into mourning as the attendants of an Ariana Grande concert saw their evening transform from one of fun and levity to one of immense pain and terror.

The current body count totals 22 dead and 59 injured. Many of those hurt and killed were young people seeing their favorite artist live. Others were parents taking their children to see their first concert.

These animals took advantage of these festivities and set off a bomb full of nails to cause as much destruction and death as humanly possible. 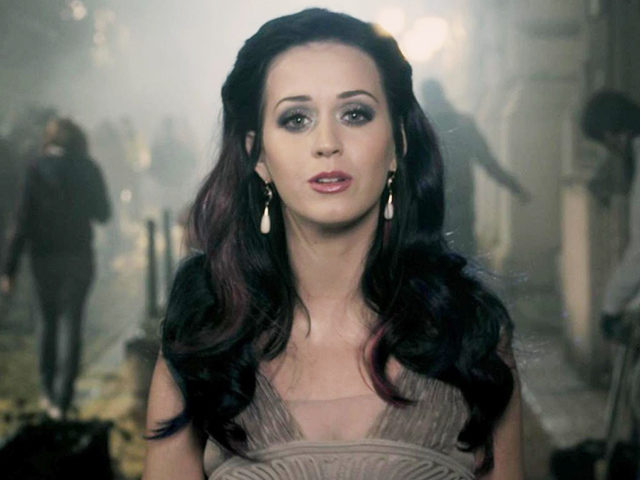 Celebrities all around the world issued words of kindness and sympathy for those affected by what has been verified as a terrorist attack.

Pop-star Katy Perry heard about the attack, but the statement she produced has many people scratching their heads.

While most people around the world are calling for more strict security to hopefully prevent more people from coming into their country with murder in their hearts, Perry delivered a more naive approach to dealing with the aftermath of the horror in Manchester.

During an interview with Elvis Duran and the Morning Show, the young star called on people to “unite” and “coexist” with one another.

“Whatever we say behind people’s backs, the Internet can be a little bit ruthless as far as fan bases go but I think that the greatest thing we can do is just unite and love on each other. No barriers, no borders, we all just need to co-exist.”

Watch the interview below:

Perry is right. We absolutely do need to unite, but we also need to acknowledge that there are people out there who want us dead for no other reason than because they believe their religion tells them to. We need to protect ourselves and each other from these people. Your idealistic view of the world is precious, but it’s not feasible. Stick to singing, please.