I have to say[1] I love the fact that Kid Rock is running for office. I find him refreshingly honest. He’s running for the US Senate in Michigan and now he’s releasing some statements on his stances. I agree on his sentiments on healthcare. That’s why I say repeal and don’t replace. Let the free market do it’s thing and right this mess. As for taxes, I have always been for a flat tax. Go to a 15% flat tax and get rid of most of what is the IRS. Life would be much simpler, easier and more enjoyable. Apply that to everyone out there – rich or poor. Guess what? There would be more tax revenue than there is now.

The media of course got Kid Rock’s political announcement wrong and accused him of doing it for publicity. They didn’t even bother to check if he was signed with Warner Brothers. Sloppy and stupid. “It’s not a hoax, it’s a strategy and marketing 101,” he wrote. AND… Kid Rock will still be doing new music and releasing it while on the campaign trail. I think it’s a brilliant move, both business-wise and politically. 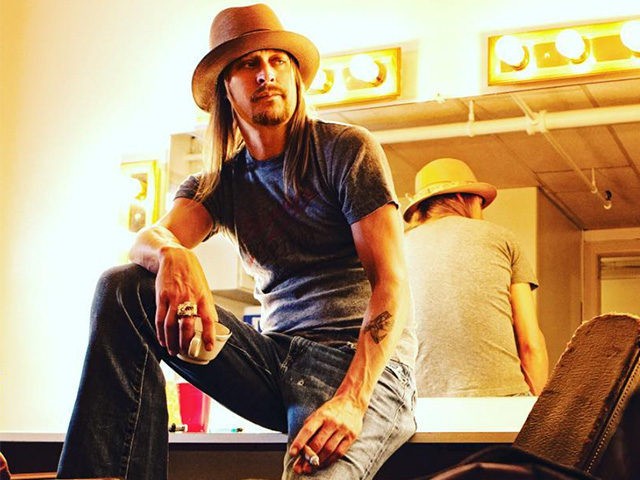 A few days after announcing his intention to run for U.S. Senate in Michigan, Kid Rock is providing some insight into his positions on key policies including taxes and health care.

In a message posted on his social media accounts Monday, the 46-year-old “Born Free” musician wrote that American taxpayers should be able to “easily understand and navigate” tax law, health care law, or any other government-led initiative that “affects us all.”

“I believe if you work your butt off and pay taxes, you should be able to easily understand and navigate the laws, tax codes, health care and anything else the government puts in place that affects us all,” Rock wrote in the statement.

Elizabeth Warren has already set her sights on Kid Rock and is sharpening her talons as I write this. On Friday, Warren sent out a fundraising email warning[3] Democrats not to take a possible Kid Rock candidacy lightly. “I know a lot of people are thinking: this is some sort of joke, right?” Warren wrote as part of the joint fundraising effort between herself and Sen. Stabenow. “Well, maybe this is all a joke — but we all thought Donald Trump was joking when he rode down the escalator at Trump Tower and announced his campaign, too. And sure, maybe this is just a marketing gimmick for a new album or tour — but we all thought Donald Trump was just promoting his reality show, too,” she added. The only joke I see here is you, Liz and your Marxist pal Stabenow.

Kid Rock only announced a couple of days ago, so we don’t know much yet about his proposed policies. But I know this… he campaigned for Romney in 2012 and supported President Trump in 2016. He’s more of a real Republican than a number of RINOs out there, so I hope he runs as a Republican. I actually think he is Libertarian, but we’ll see. Compared to progressive Republicans, he’s a dream… see today’s healthcare mess with Capito, Murkowski and Collins.

In December, Rock launched a line of pro-Donald Trump merchandise at his online store, including a replica baseball cap that reads, “Make America Badass Again” and a t-shirt featuring the slogan “God, Guns & Trump.” Works for me… I’ve always been a fan of Kid Rock.

Once again the press is wrong. First of all, I’ve got 15 days from my announcement to file paperwork with the FEC!…

Salinas! Another great one! Thank you! pic.twitter.com/54MYxIVErz[9]

I have had a ton of emails and texts asking me if this website is real… https://t.co/RRVgISDFeq[4] The answer is an absolute YES. pic.twitter.com/uYCUg6mjW1[11]