Last year, Beyonce performed at the Super Bowl half-time show. And it was a performance that brought on no small measure of controversy, thanks to Beyonce’s political posturing. So everyone was anxious to see how Lady Gaga would behave at this year’s half-time show… and she showed Beyonce how it was done[1]. 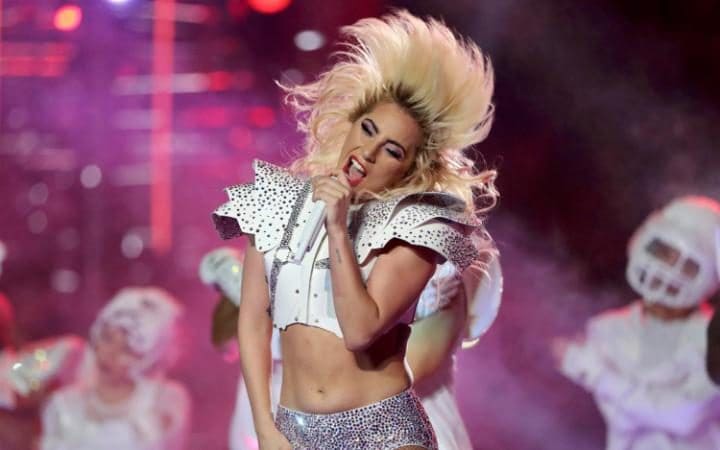 During Beyonce’s show, she channeled the Black Panthers and performed her song “Formation,” an anti-police anthem. Beyonce’s back-up dancers gave Black Power salutes and blatantly promoted the Black Lives Matter movement. It was a performance that caused tons of controversy and had police across the country boycotting her concerts.

There was a lot of speculation leading up to Lady Gaga’s performance. Many people thought that she would make a political statement; others said she would simulate group sex on stage and some conspiracy sites even claimed that she would be leading a satanic ritual during the performance.

Instead, Lady Gaga blew everyone away.

She opened with a patriotic display, singing “God Bless America” and “This Land is Your Land,” as drones lit up the sky behind her. She then dropped into the stadium and launched into a medley of her hits. She told the crowd that she was just here to make everyone “feel good,” with a diverse group of back-up dancers behind her. She hugged her emotional fans, thanked her mom and dad, and ended the epic performance with a mic drop.

All in all, her performance stunned the nation and left people thrilled. She was non-political, didn’t lip sync and put on an incredible show.

And THAT, Beyonce, is how it’s done.