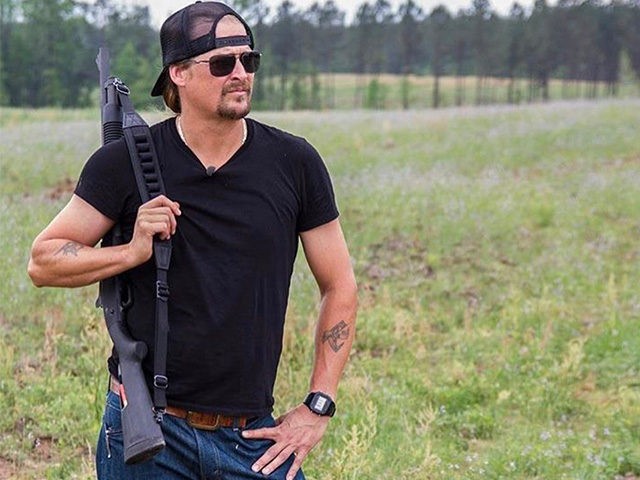 There’s a possibility that in a few years, teenagers will only ever have known Kid Rock as a Senator and not the 1998 era Bawitdaba and Cowboy rap-country rocker. His music has been associated with WWE entrances, stock car drivers and the Detroit Lions, so not the kind of thing that turns the ear of the coastal Democrats. This is, of course, because Democrats hate fun and they’d rather ignore it and hope it all goes away.

But I don’t think Kid Rock is ready to go away. He might have softened along the way from rap-country to more traditional country tunes like Picture[2] with Sheryl Crow, but no, I’m not here to chat about his newest venture into soft jazz or opera. By now you may have heard that Mr. K. Rock (real name Robert James Ritchie) has officially entered into the political ring. With President Trump in the Oval Office, it’s much easier to see why a celebrity would be drawn to politics — they’ve already spent their years navigating headlines and there’s nothing in their past that hasn’t been dredged up for hit pieces.

Kid Rock grew up in a village in Michigan where he grew up picking apples and taking care of his family’s horses before running away to deal drugs and signing a record deal at 17. So, with a past that includes living in a rural area and then heading off to sell drugs before getting his life back on track, we can assume that any gun ownership encountered while living on and around working farms was responsible and that any gun use while dealing drugs was idiotic. So, in this light, what kind of attitude does Kid Rock have to the Second Amendment?

Back in 2013, he gave an interview with Piers Morgan who was then a CNN host[3]:

Kid Rock simply smiled and said, “‘Cause I got one.”

Morgan asked, “Do you need to have one for protection?” Kid Rock responded, “I need to have one. When I go to Detroit, I am never in Detroit without my gun. Ever. Right by my side–loaded, ready.” Morgan added, “And you wouldn’t hesitate to use it?” to which Kid Rock replied, “No, not at all.”

And his Instagram shows how serious he is about them:

What about hunting with guns?

Growing up, he explained, he did not really hunt with his family, but that it was Hank William Jr. who introduced him to hunting and they now split ownership of grounds in Alabama. He says of hunting:

I like win-wins in life. I like things that are all positive. To me, that’s hunting. You form bonds with other hunters, you eat healthier, and you become better at, well, life. I see hunting as an American tradition. It’s a rite of passage to me. There’s so much family and friendship involved that it’s really just the backbone of this country.

So, that’s his take on the Second Amendment — honestly, it seems like a variation of the Guns Are Safe As Long As You’re Not An Idiot school of thought. Not too bad.