This is really, really messed up.[1] Senator Ben Sasse of Nebraska appeared on Bill Maher’s show. He invited Maher to Nebraska, who said he didn’t get there often enough. Sasse invited him to work in the fields there with them. Nebraska is big on agriculture. To that, Maher replied: “Work in the fields?” Maher chided, “Senator, I’m a house n****r.” Mic drop.

To be fair to Maher, who is an uber liberal, he did apologize this afternoon. What just ticks me off is the left attacking Ben Sasse for being there and smiling and laughing at Maher, even though he was visibly uncomfortable and taken aback. The left is saying that Sasse wasn’t sufficiently horrified by Maher’s statement. Of course, Black Lives Matter leader Deray McKesson jumped in to stir the pot. It’s what he does. Most of the audience laughed. I find the statement offensive and would never laugh at that, but then again, I’m not part of the demographic that makes up Maher fans. 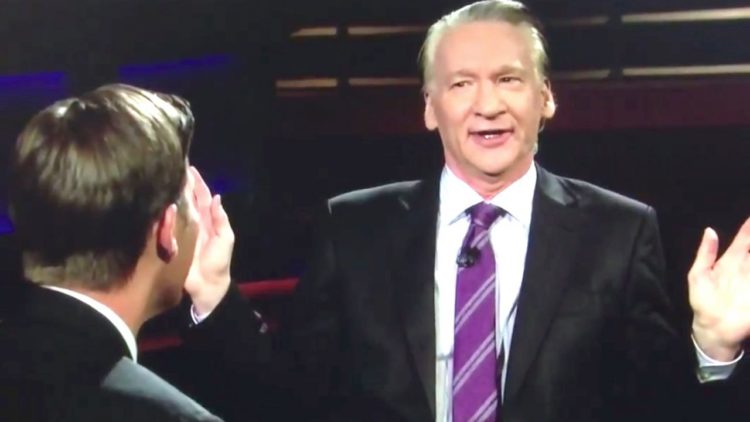 Liberal comedian Bill Maher used the “n-word” on his HBO show within earshot of Senator Ben Sasse (R-Neb.), and liberals are now attacking the Republican for not being sufficiently horrified.

Black Lives Matter leader Deray McKesson tweeted that [3]Bill Maher had “to go” over what he said. “There are no explanations that make this acceptable,” he adding, “why did the audience think it was okay to laugh? And Ben Sasse doesn’t even flinch. What is happening in the world?”

And why did the audience think it was okay to laugh? And Ben Sasse doesn't even flinch. What is happening in the world?

The joke came as Sasse was innocently inviting Maher to his home state of Nebraska.

“I wish I was in Nebraska more,” Maher said.

“You’re welcome!” Sasse responded. “We’d like to have you work in the fields with us!”

Audience reaction to the joke was mixed — some seemed to be uneasy with the joke, but they were overtaken by the laughter and applause from those who enjoyed the jest.

Liberals have taken the opportunity to attack the senator, even though he had no part in the epithet being used by Maher, who is himself an unabashed liberal.

So, the left is all outraged that Maher said ‘house n****r’. Where was their outrage when he made sexual insinuations against President Trump and his daughter Ivanka? Hypocrites. This whole incident had nothing to do with Sasse… he was surprised by it. But that didn’t stop leftists, especially black ones, from labeling Sasse as a racist. Just painfully stupid.

Symone Sanders is the former press secretary for Bernie Sanders and he was right out front calling Sasse and all Republicans racists. Nice… a Marxist racist calling others racist. Maher is a comedian… I don’t like most of what he does and I think this is over the line. I also thought the incest jokes were over the line. What I don’t care for is selective outrage from the left. Racism and insinuating things that are lies is never okay and Maher has been doing it for a long, long time.

Two things we keep re-learning:
1. There is no n-word pass. (They are all imaginary);
2. Race is still the #1 source of American discomfort.

Maher's casual n-bomb is a reminder of truth #1. It's also the logical conclusion of the anti-PC dogma of the ppl umbraging the most tonite.

[email protected][7]'s "oh crap, this clip is gonna be in all the 2020 ads and end my presidential hopes" grimace is Exhibit A of the second truth.

Ben Sasse on #RealTime[9] is a clear demonstration of the disregard GOP has for Black ppl — One of many reasons they struggle w/Black voters.

Bill Maher actually just said, "I'm a house nigga," in response to Sen. Ben Sasse inviting him to work in the Nebraska fields. This mofo!