Socialite actress Lindsay Lohan[1], who just recently converted to Islam, actually shocked the hell out of everyone this July the 4th and came to the defense of President Trump. She told people to stop bullying him and to instead start trusting him. Color me surprised… and somewhat suspicious. This was supposedly over Trump’s support of little 10 month-old Charlie Gard, who the government of Britain, doctors and the hospital want to let die with ‘dignity’. Even though his parents have raised $1.8 million and there are experimental treatments that could save his life. Even the Pope has offered the Vatican hospital to take and treat the child. The Brits however, keep saying no. They won’t even let the parents take the little one home to die. It’s obscene. President Trump offered our help as well and was denied.

Lohan not only defended President Trump, she defended the United States. There may be hope for her after all. She later responded to yet another tweet that the President, First Lady Melania Trump, daughter Ivanka Trump and son Donald Trump Jr. are all “kind people.” “As an American, why speak poorly of anyone?” she added. Wow. Did anyone check to see if hell just froze over? #Stunned. 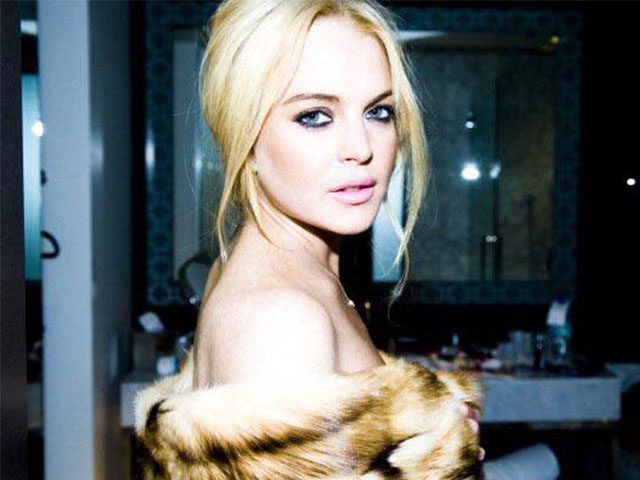 Lindsay Lohan jumped to President Donald Trump’s defense over the July 4 holiday weekend with posts to her Twitter account in which she urged people to “stop bullying” the president and “start trusting him.”

The 31-year-old Mean Girls star responded to a tweet Monday that included a Breitbart News article[3] about Trump’s support for Charlie Gard, a British infant whose parents are seeking experimental treatment for his terminal illness.

“THIS is our president,” Lohan tweeted in response. “Stop #bullying him & start trusting him. Thank you personally for supporting #THEUSA.”

If I’m not mistaken, Lohan was a Hillary Clinton supporter, so that makes this even more surprising. But after Trump was elected, Lohan did call on Americans to unite behind Trump and urged the President to visit Syrian refugee camps in Turkey to better understand the plight of refugees. Well, it was too good to be true and she seems to be buds with Erdogan. So, of course she will support Islamic refugees… but at least Trump is handling that area far better than his predecessor and limiting the number coming in as well as instituting a temporary ban. Sorry Lindsay. It goes towards national security, not the Ummah.

“He is the president — we have to join him,” Lohan told the Daily Mail of Trump. “If you can’t beat him, join him.” That at least makes sense. She may not be conservative, but at least she has more sense than some in Hollywood. Not as much as say, Tim Allen, but progress nonetheless. From Tim Allen (and this may have cost him his show): “What I find odd in Hollywood is that they didn’t like Trump because he was a bully,” the former Last Man Standing star told then-Fox News anchor Megyn Kelly. “But if you had any kind of inkling that you were for Trump, you got bullied for doing that. And it gets a little bit hypocritical to me.” Other celebrities have told the left to knock off bullying the President as well. So, there are still some bright spots left in Tinsel Town… very few, but some.

What a dream it is for Mr. President Erdogan and The First Lady to invite me to their home. Their efforts in helping Syrian Refugees is truly inspiring ????????❤???? #peace starts now @a_boynukalin @hilalkaplanogut @rterdogan please for peace @therealdonaldtrump Alaikum Salam✋???? ✋????✋????✋????✋ #cleanslate2017 #theworldisbiggerthan5[6]