The train wreck that WAS Lindsey Lohan has been spotted out and about on the beach, but there’s more to this story than that. Gone is her bikini that most women wear – especially in Hollywood – and here is the new ‘Burkini’[1] style that seems to be taking every idiot by storm. 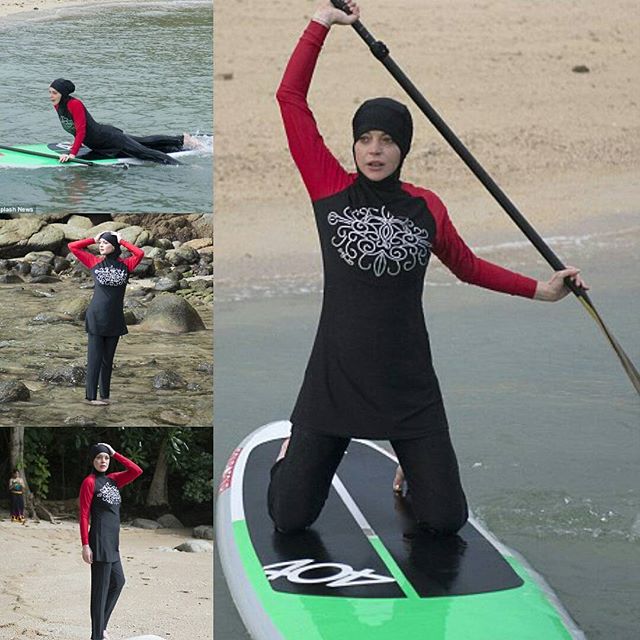 But Lindsay Lohan – who as of late has been studying Islam – chose to wear a Burkini as she attempted to go out for a paddle boarding session somewhere in Thailand last week.

The two-piece layer of cloth covered the 30 year-old Mean Girls actress from her head to her toes as she came to grips with a large board on the beach before paddling out into the water.

Lohan’s head was totally covered with a black hood that even went over her ears.

The long tunic went all the way down to her thighs and was layered over some more black material for her pants. It was a different kind of look for the star, eventually…But even more different because Buddhism is the main religion of Thailand.

The actress has been on holiday in the country for two weeks and seems to be taking full advantage of her new found faith in…Mohammad? 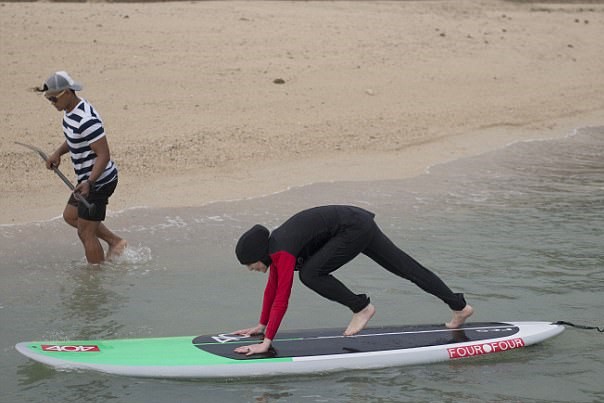 Lohan is doing what Hollywood boobs like to do – get in touch with their ‘spiritual’ side.

She explained what this whole lifestyle change was about:

‘Studying the Koran is something I found solace in, a religion where I found a lot of peace. I have reached inside and I found what I want my intentions to be in the world… focusing on taking control of what I want out of life.’

‘You can’t just convert to a religion overnight – it’s a culture and practice [and] I don’t want to comment on something I haven’t finished.’