I don’t think I’ve ever wanted to throw up so much in my life and I’ve had food poisoning.

Madonna was one of my favorite people growing up (80s Madonna, anyway) and I wanted to be like her. It’s safe to say that this picture has quickly helped me grow out of that.

Safe to say I’ll be shuddering for weeks. 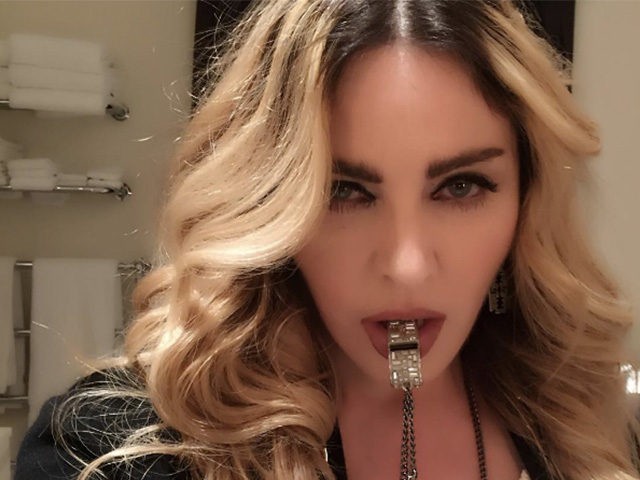 In a bizarre move that doesn’t actually mean anything, Madonna tweeted a picture of a woman with the Nike symbol shaved into her pubic hair as a showing of solidarity against Trump. Apparently, there’s some sort of march against him and a bunch of angry feminists are supposed to be there and it sounds like a great time.

The Tweet is below, but viewer discretion is advised. Please don’t look at it if you don’t want to see it.

Piers Morgan chimed in and for once, his response didn’t make me want to shoot blood out of my eyes.

I just threw up my breakfast.
Literally. https://t.co/mxEXTKrrJi[5]

I’m sure she posted this for shock value because that, more than anything, is what attracts people these days, but it’s just gross. Her waning relevance is forcing her to post things more and more outside the box as well as involving herself in movements like the “1 Million Woman March,” that I assure you will not contain 1 million women.

It’s just sad to see celebrities so desperate to cling to their fame that they’re willing to sell themselves to do it.